As my retirement looms, or has loomed, I realize I’ve kept a significant amount of artifacts (tangible, intangible, verbal, memorable, infamous, etc.) from my four years at the Air Force Academy. After going through my stuff, I decided that preserving and organizing the tangible evidence of those four years were worthy endeavors.

So here is the start to my collection that documents the period specifically from 3 July 1972 through 2 June 1976 for the USAF Academy Class of 1976 – the Spirit of ’76.  Its purpose is to provide a glimpse, a taste, a hint, and a feel for my class, as we were.

I would encourage my fellow classmates to consider a similar project. However, you may have better things to do with your retirement. But if you also have some good things to share about our cadet experiences, please drop me a line or use the feedback form below to see how you might contribute (virtually) to the items I have here (with credit, as you can see).

“Boxes in the Attic”

I’m extending the metaphor of “boxes in the attic” as an organizing principle, as the “attic” comprehends the full collection and is comprised of “boxes” that have been sorted by categories of items. The categories (five to begin with) are determined based on the organization that primarily produced the items (granted, some of these are judgment calls).

If you click on one of these category links, you’ll go to an index page that lists all of the posts in that category. Or, just keep scrolling down this page for all of the links in each Box.

There are a few things that ended up falling outside of this taxonomy, mostly because they were produced outside of the 1972-76 constraint, or they were/are more commentary or reflection about those days and about USAFA generally. Those are listed below the box contents under the heading Reflections on “As We Were.” Finally there is a short section that links to other pertinent online resources.

Below you can see the contents of each Box. The links will take you directly to that specific item. 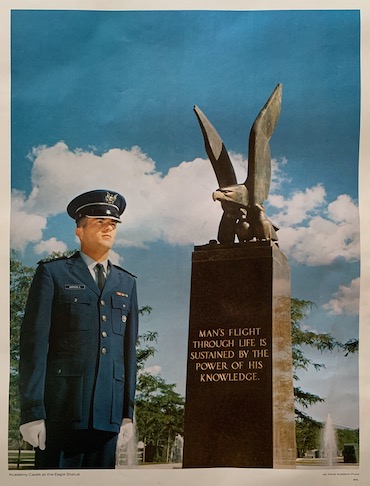 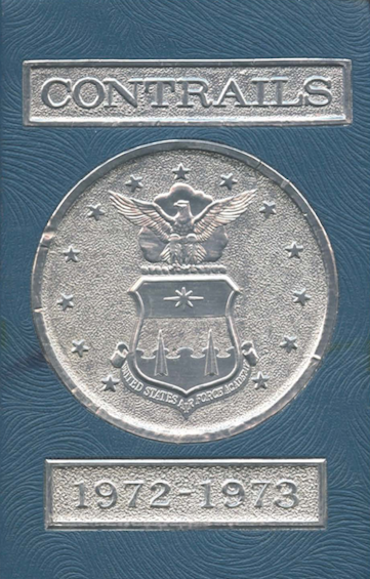 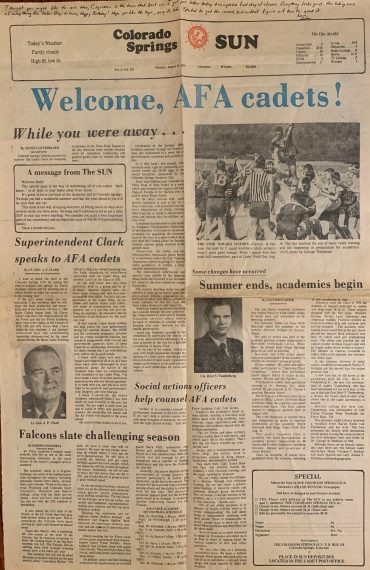 Other Resources and Links

I must acknowledge my mother, Jo (Armstrong) Stockdale, for keeping more USAFA stuff than I ever knew I had. I wish I had understood and appreciated much earlier what she did for me by keeping all this stuff. This is for, and because of, her.