This edition of the annual cadet creative journal was a special issue in that it followed (by a year) the Spring 1975 Creative Writing Workshop, offered by the Department of English and Fine Arts.

A lot of the content came out of that workshop, including a one-act play that I wrote titled, “The Unveiling of Ourselves.”

The first has all of the front matter to the issue, including the full Contents. The second is my contribution with the play and a final page of three short poems I submitted.

As a postscript, my criticism sheet for the play is included at the bottom. 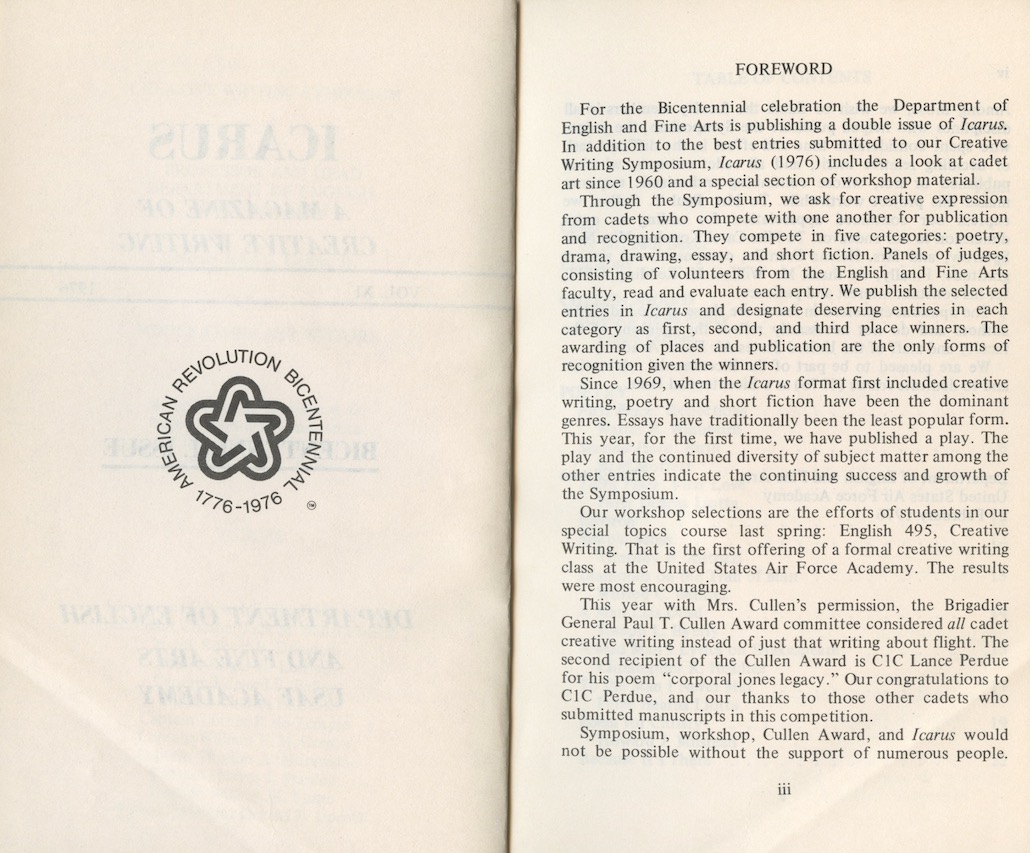 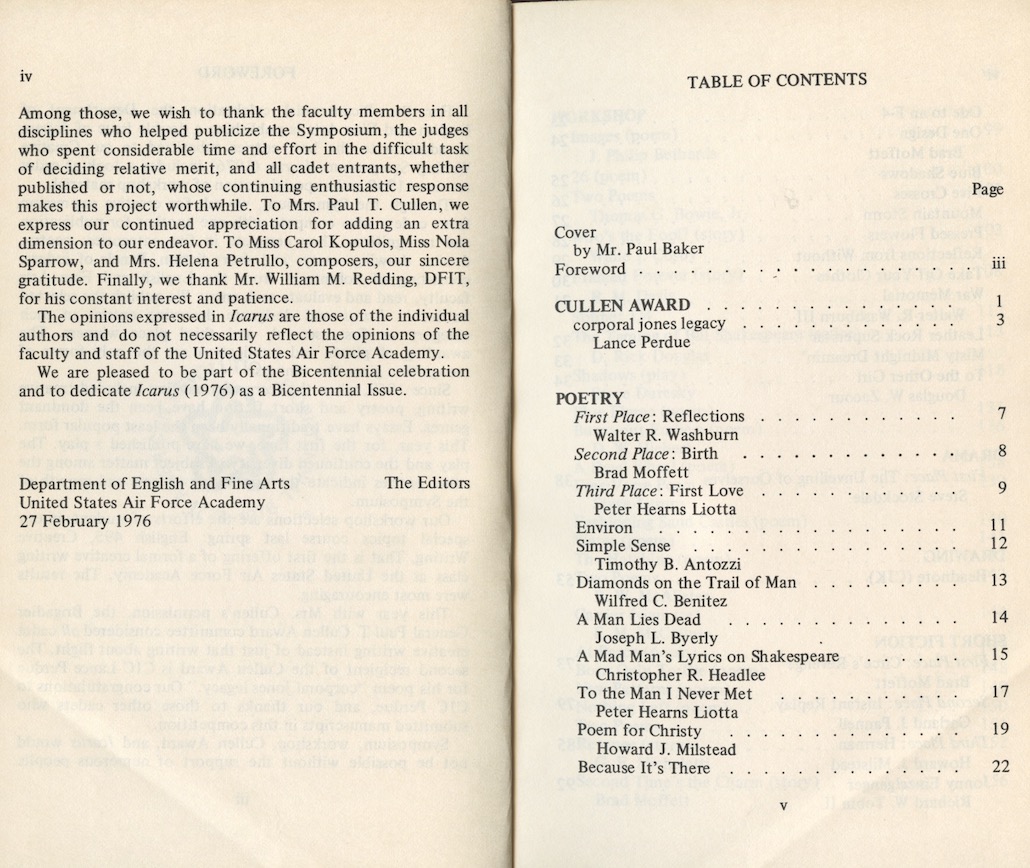 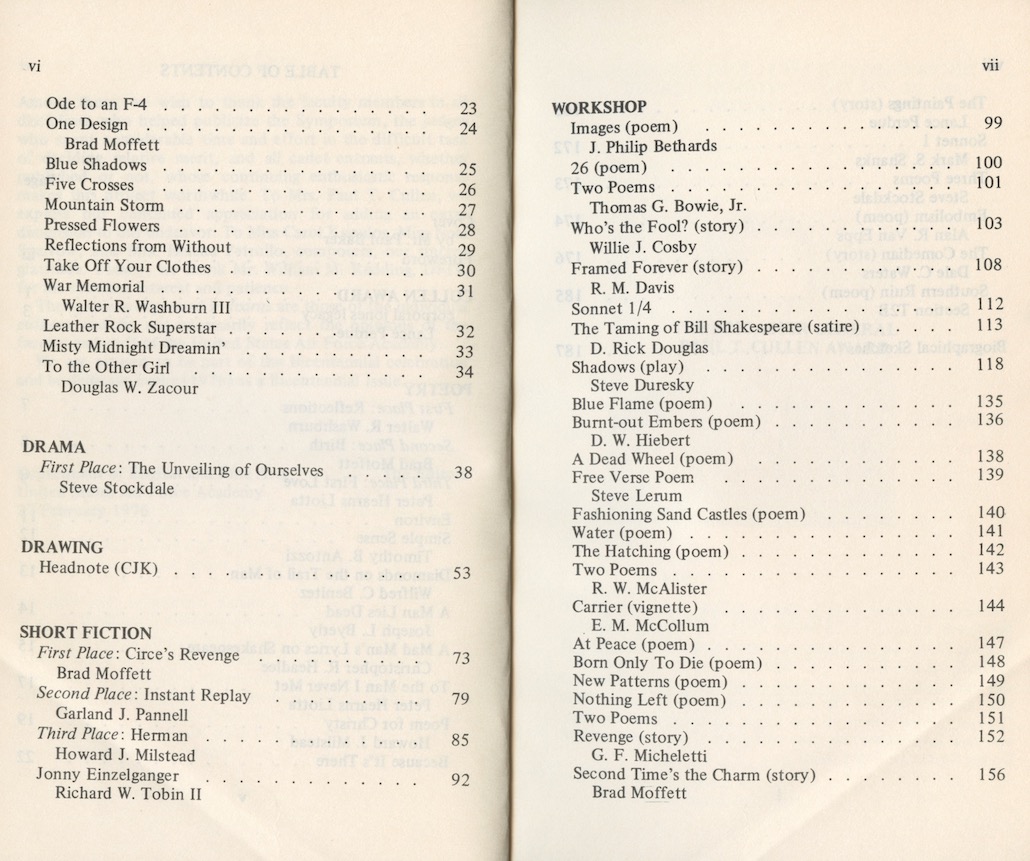 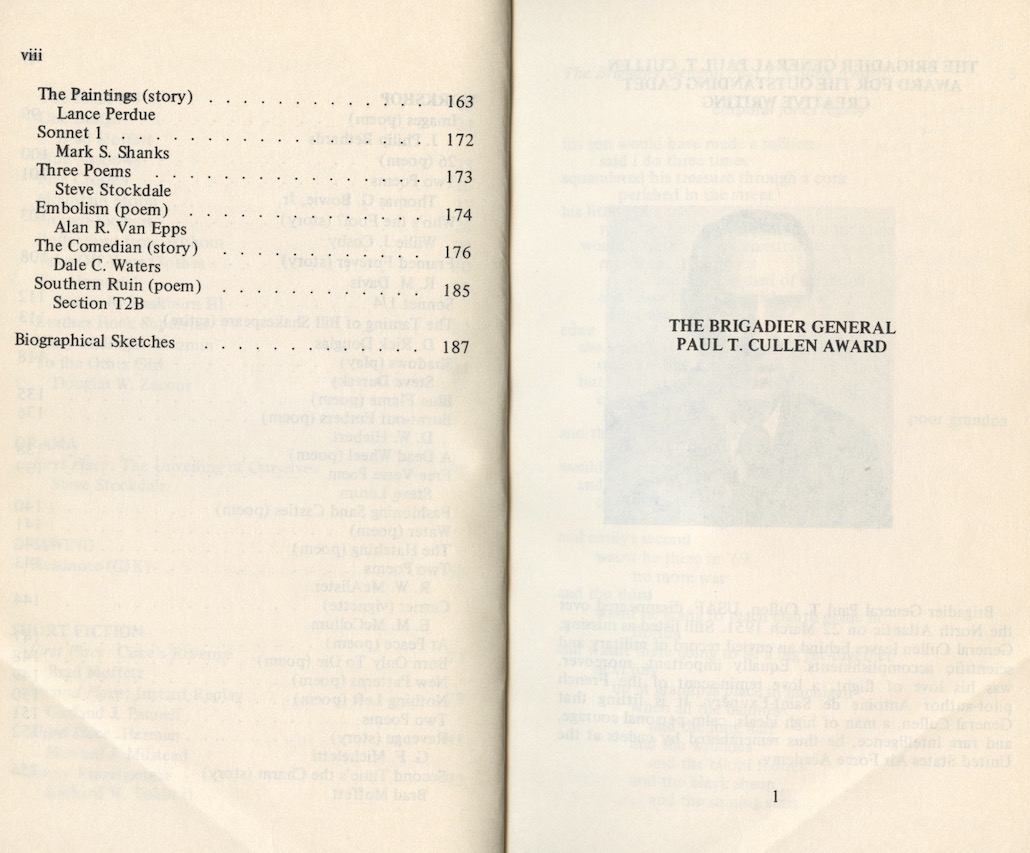 The Unveiling of Ourselves (Steve Stockdale 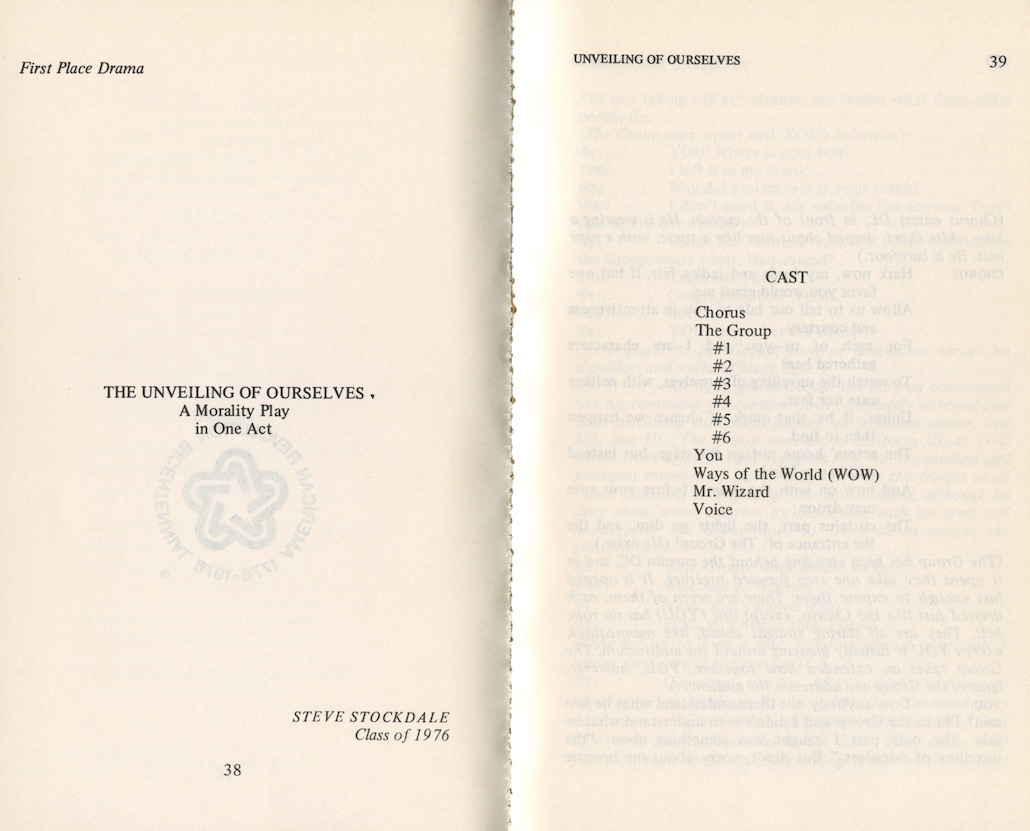 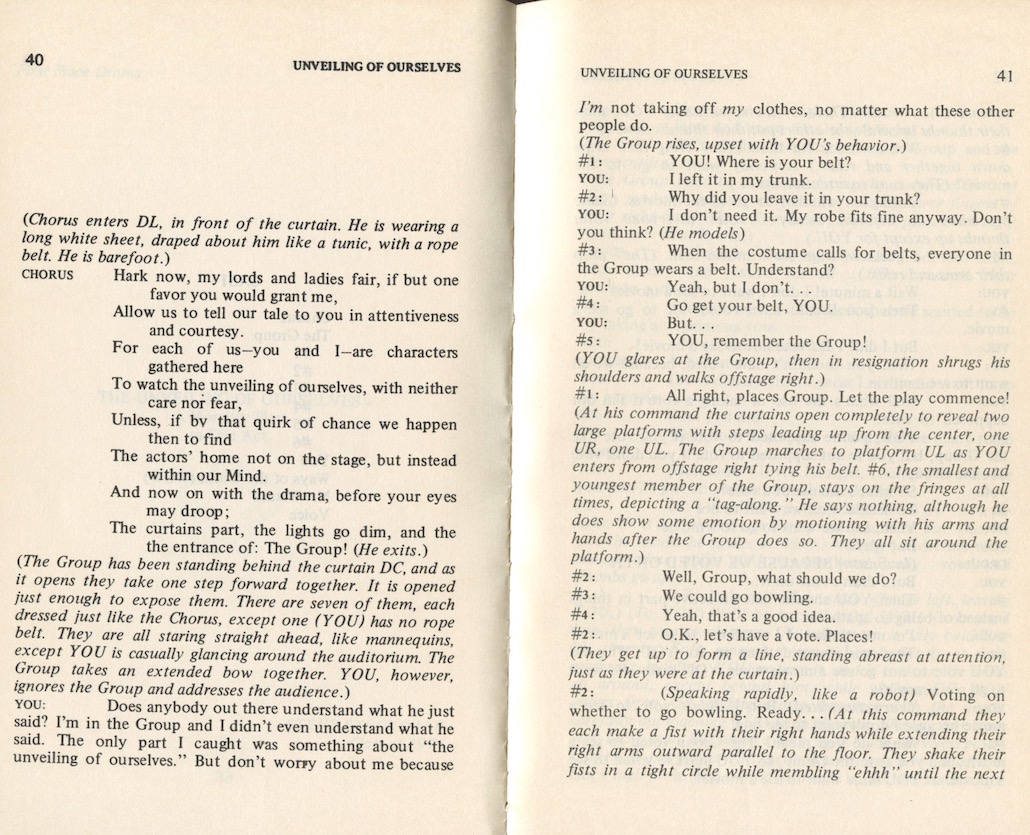 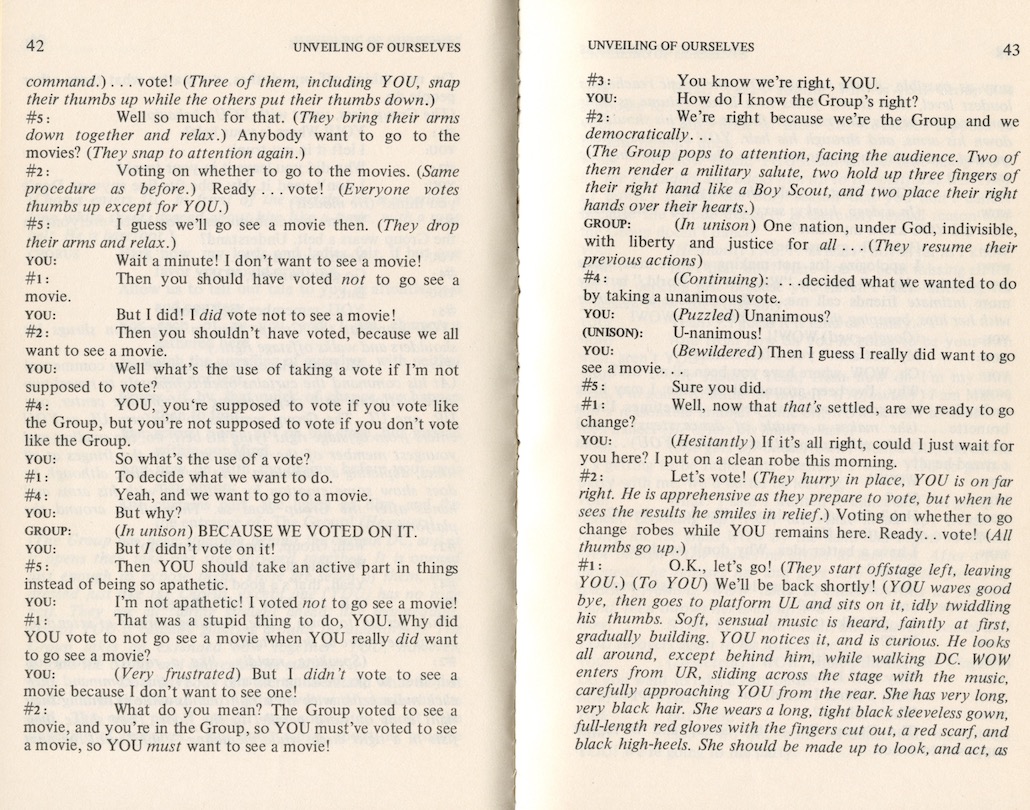 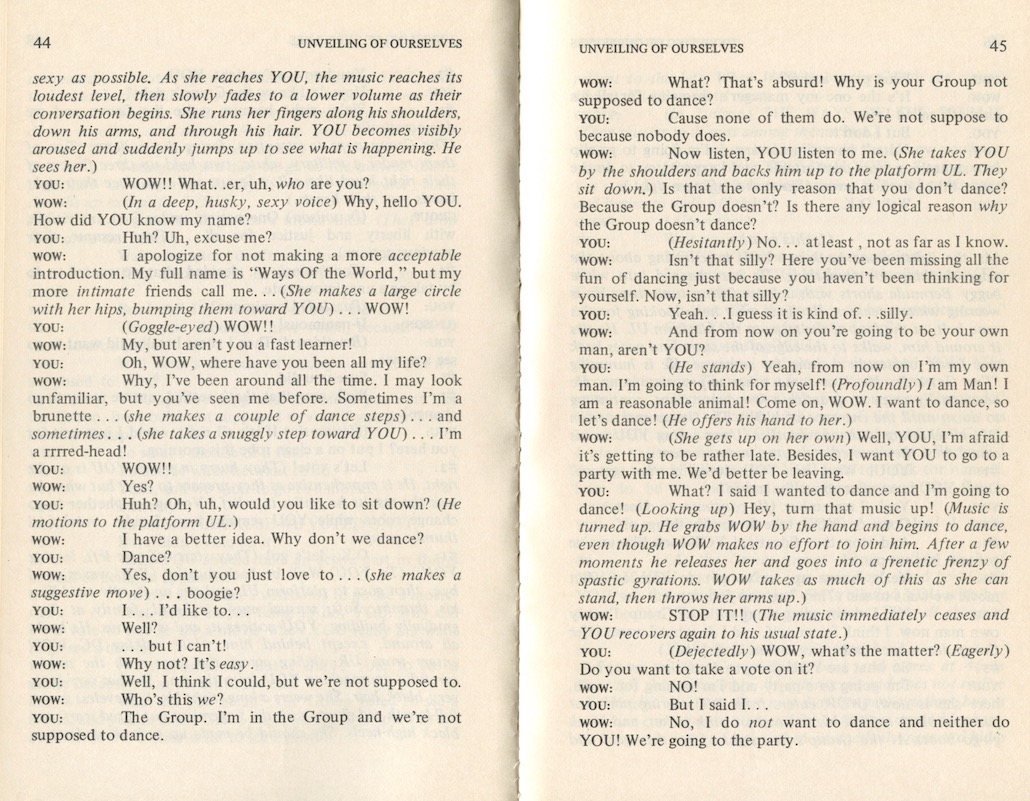 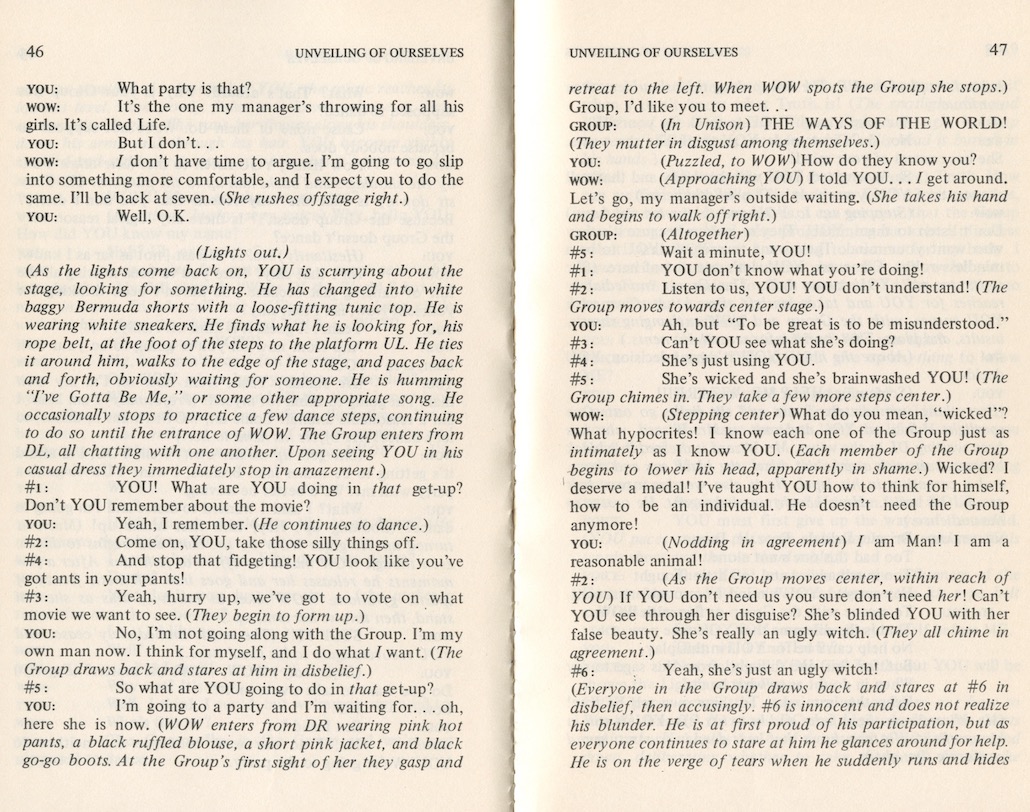 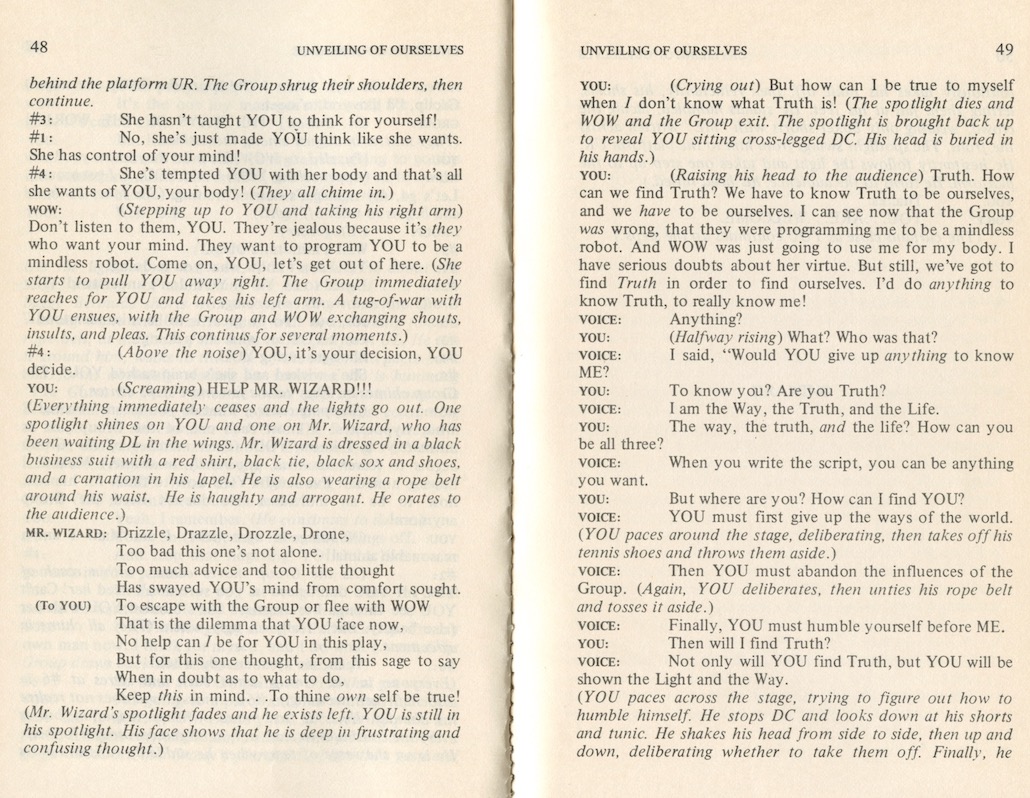 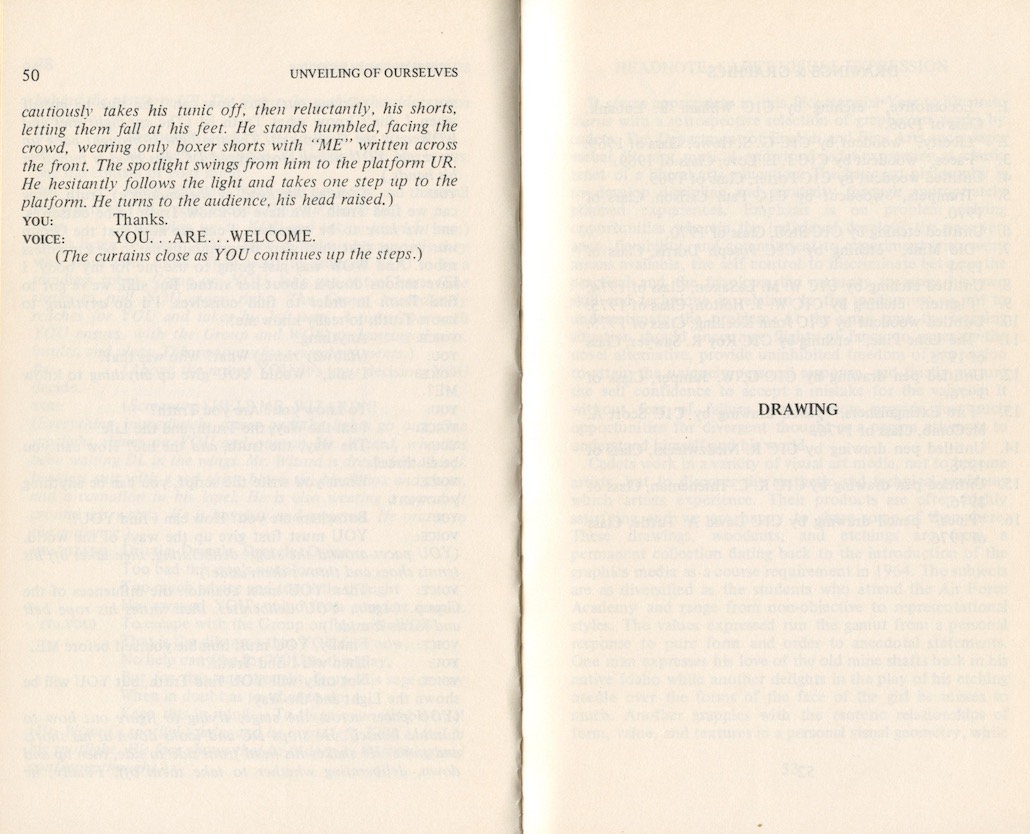 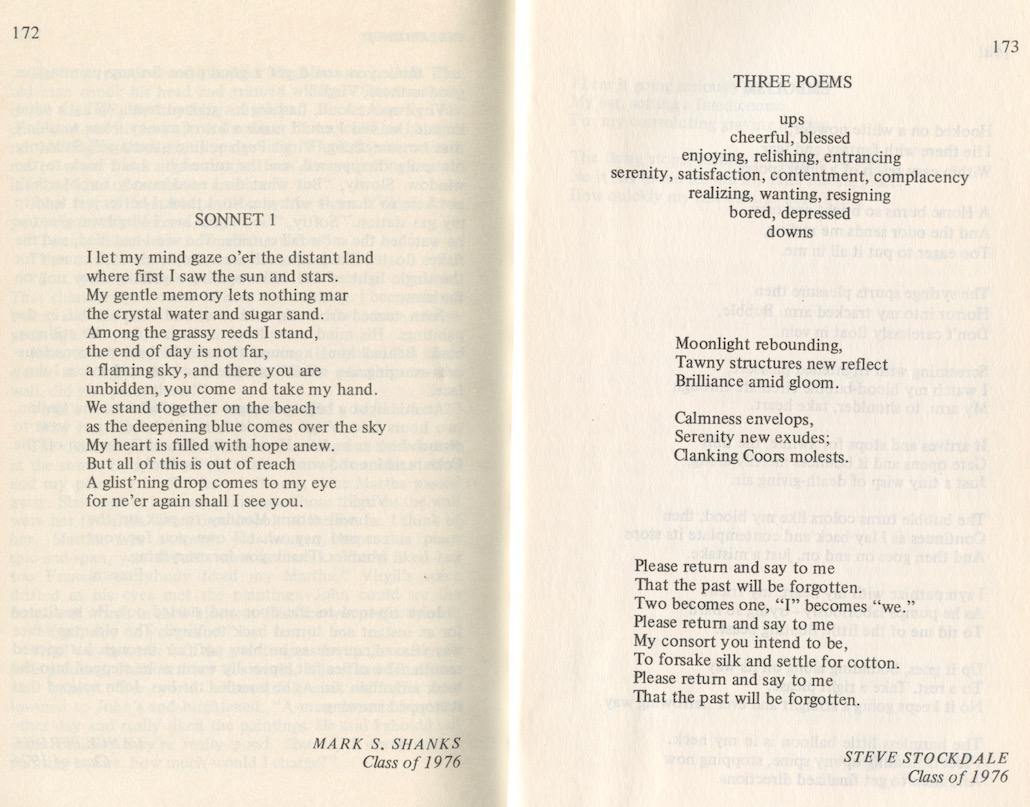 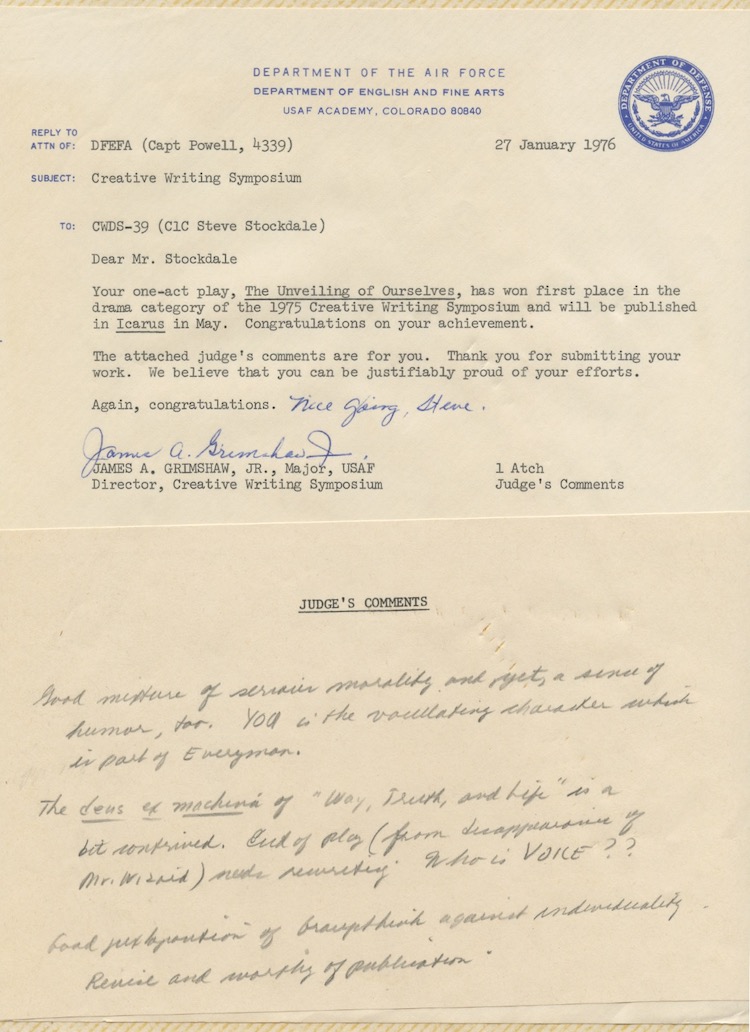