How many of us were privileged to know the Abel family in C-Springs? How many weekend afternoons were spent lounging around their house?

I can remember during BCT summer we would get a lot of advice from upperclassmen and officers about how to get through the next four years. One of the frequent suggestions for doolies was to take advantage of the kindness of local families, especially military families, who were willing to open up their lives to help a cadet or two. Or as in the case of the Abels, dozens if not more. I was very lucky to be introduced to the Abel family, and included, because I knew Gary Lorenzen (explained below).

Here’s a photo of the Abel family with cadets Gary Lorenzen (back) and Dave Leupp (front). And this is the same Lt. Col. Richard Abel who was part of the U.S. contingent to go to Hanoi to welcome and accompany the POWs after they were released on February 1973.. 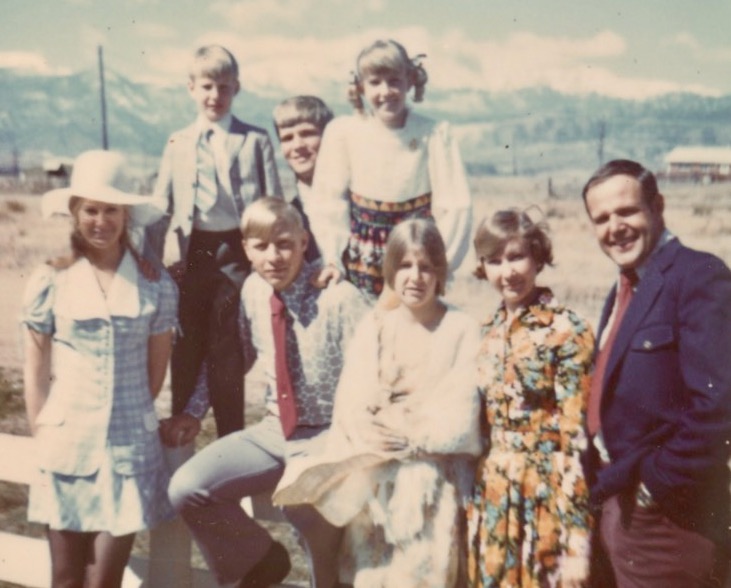 Col. Abel was very active with the Fellowship of Christian Athletes, who constituted a good percentage of the dozens of cadets over the years who, like me, would hang around their house on Sunday afternoons and relax, play with their kids outside, have heart-to-heart conversations with Mrs. Abel in the kitchen, and generally receive an always-needed injection of calm, loving family sanity. 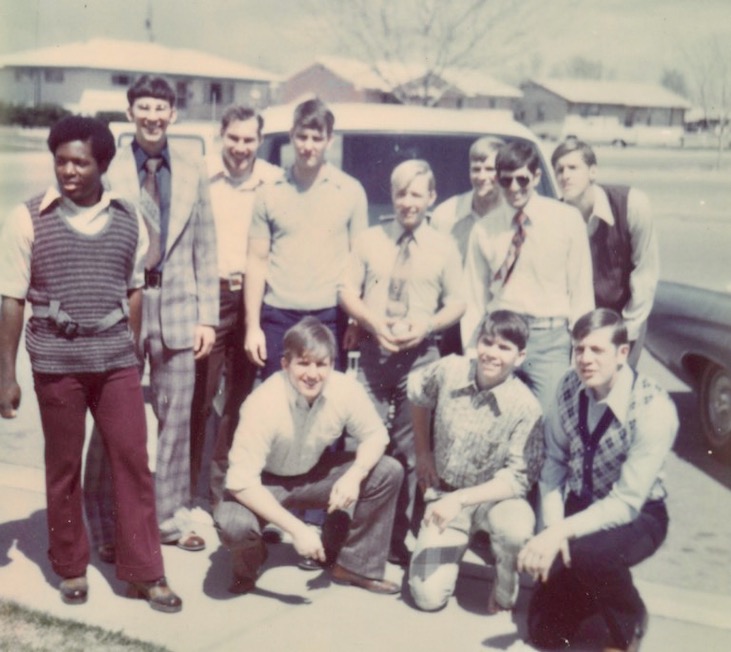 I met Gary, Dave and Jeff Steig on the evening of 2 July 1972 at the Ramada Inn on our last night of civilian life. 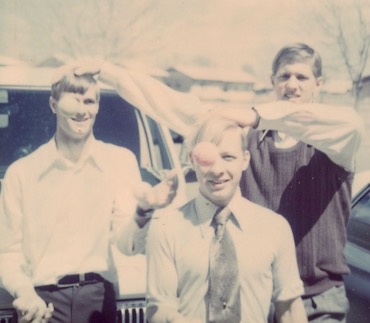 The next day, Day 1 of Basic Cadet Training, I was standing in the latrine next to this guy taller than me and I mustered up the courage to glance sideways up at him and it was Gary. We were in the same BCT squadron (GUTS!) and flight (D-Flight) that went on to CS-31 Grim Reapers. The two of us and Tony Yount spent all of BCT marching next to each other.

Gary and I roomed together winter go-round doolie year, which of course was split by the holidays. When we came back, one of us — probably Gary — brought one of those clapper switches that had come on the market. The one we had also worked with a whistle, which looked like a dog’s push toy. The two of us were in a 3-man room, so we had an empty middle desk.

He also brought back a portable radio, which as doolies we were not allowed to have. But we figured (and I probably need to give him the credit for even considering this) that in the evenings after the evening meal, we could close our door to study. If an upperclassman was going to come in, the rules were he had to knock first. So we’d play Gary’s radio, stuck in the big desk drawer, at a volume we could hear but you couldn’t hear outside the door. One of us, usually Gary, would hold or have the whistle close by or in hand so that once we heard the knock, we’d whistle, the radio would go off, and the upperclassman would come in. I don’t remember ever getting caught. 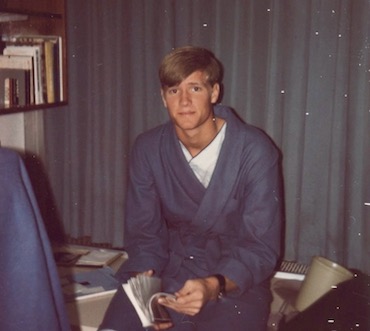 Personal note – the last time I saw General Abel and his wife was at Tom Landry Day and parade in Dallas in 1989, right after he (Landry) had been fired by new Dallas Cowboys owner Jerry Jones. General Abel was there as the president/leader of the Fellowship of Christian Athletes and after the parade, gave the invocation at the ceremony. I made my way to the speaker stand as they were leaving and got to shake his hand and say hello.