General Allen, successor to General Clark, sent the annual status report to parents in July 1975. He may have written other letters to parents, but this is the only one I have.

I’m not going to editorialize about anything in this letter, but two statements almost prompted me to:

“The First Class year is a time of mixed feelings for many cadets.”

“There is a temptation in this final year to relax academically …” 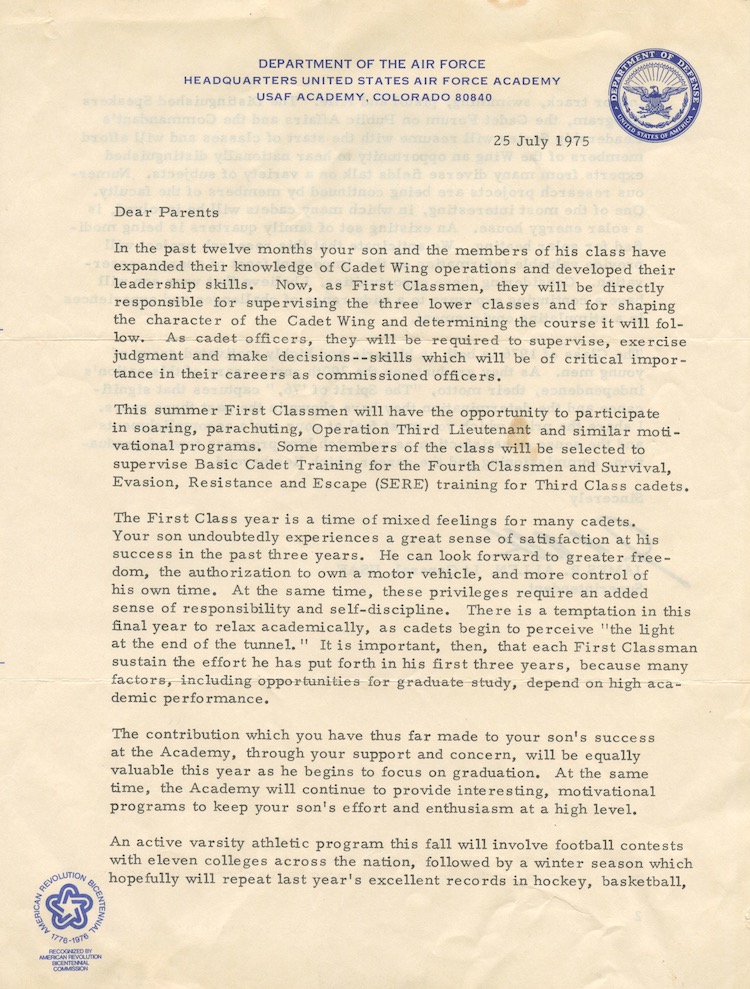 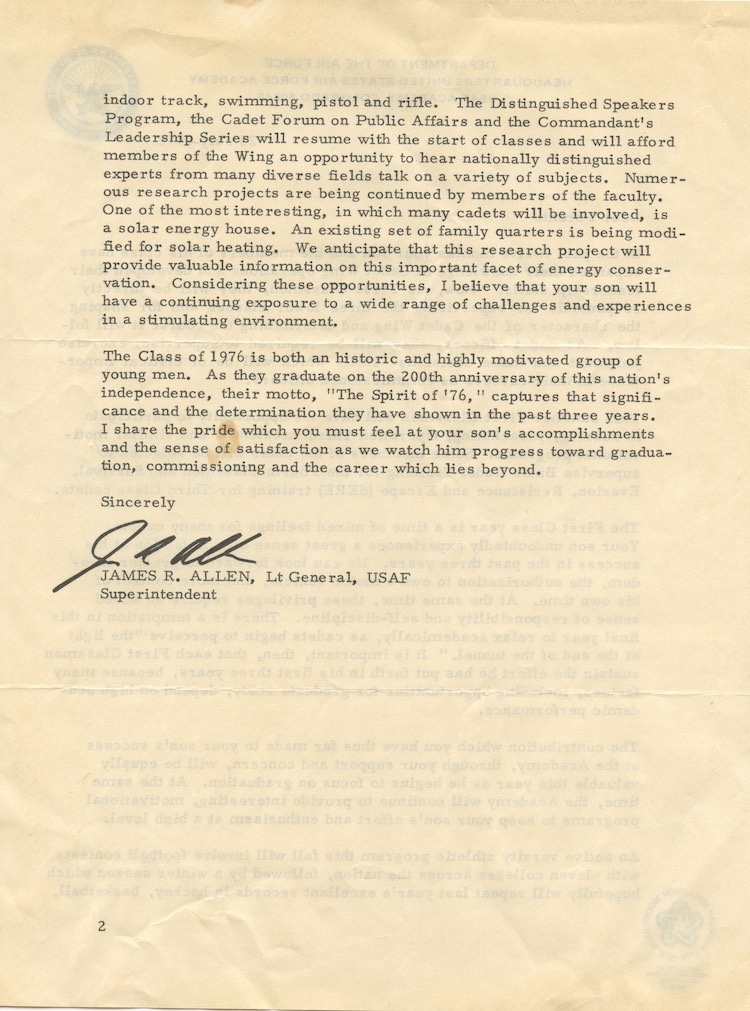