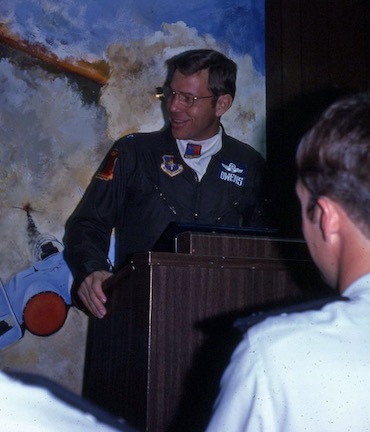 For some reason, a contingent of CS-39 Campus Radicals trekked (or trucked?) down to Webb AFB, TX, (near Big Spring – singular, not plural) to attend a dining-in and graduation ceremony for their spring 1976 UPT (Undergraduate Pilot Training) class. I can’t remember if they were our squadron sponsor or what the affiliation was, but I have photos of their Wing Commander, Colonel Owens, talking to us in our SAR and also at a squadron party that was held (probably) earlier that spring.

This trip serves as an example of the kinds of off-campus activities we had the opportunity to experience as cadets. In addition, this particular event was worthy of two footnotes, from two different historical contexts that I explain below. 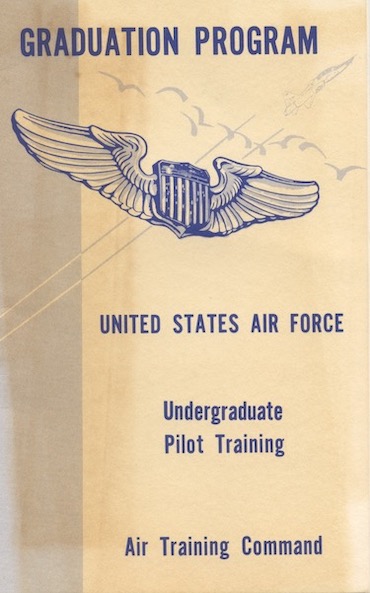 Note that the graduation ceremony recognized not only seventeen US Air Force officers, but also ten international officers who received a “Certificate of Completion.” Of these ten foreign lieutenants, six were from Iran, four were from Kuwait. 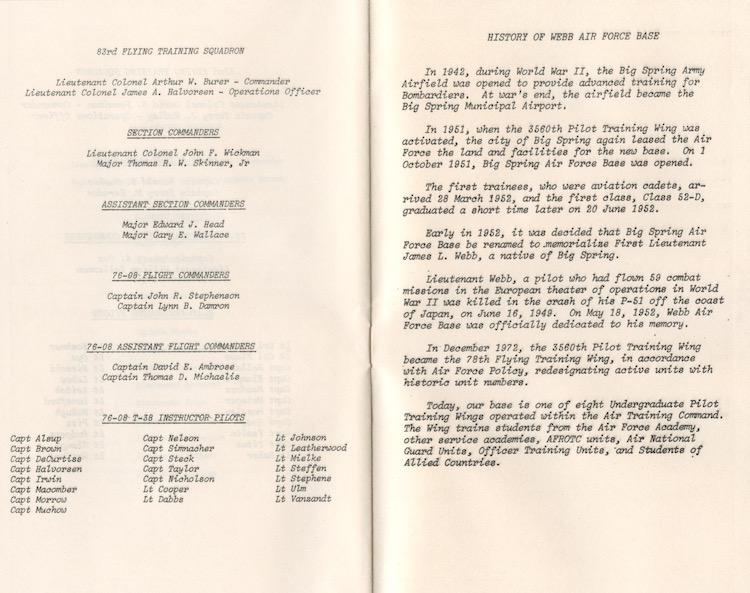 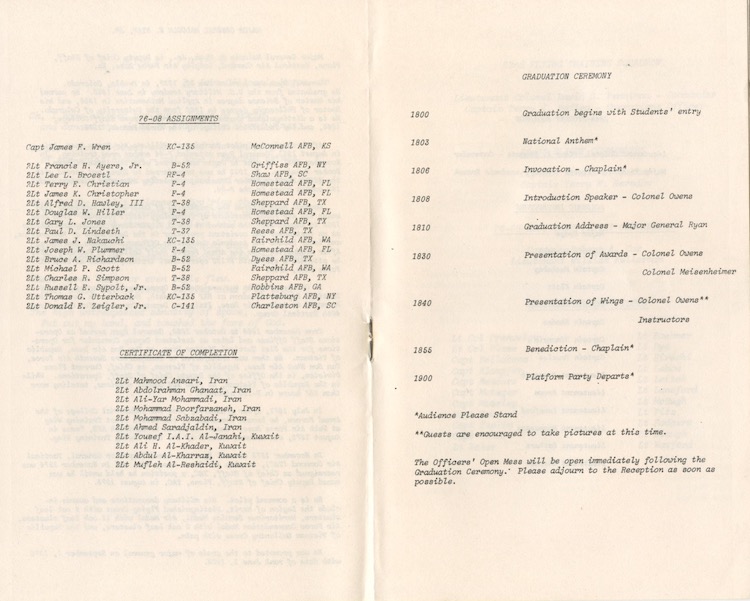 Again, this was in late April or early May of 1976. (Based on the letter below.) Eighteen months later, the early rumblings of the Iranian Revolution began with protests in Tehran against the Shah of Iran, Mohammed Reza Pahlavi. After that:

I remember Jeff from the freshmen football team in 1972.

A second footnote to this trip to Big Spring and Webb AFB. In going through my attic boxes, I found this letter that provides some focus to my blurred memories. If you don’t recognize the name of Wilson “Connie” Edwards, check this out (url may be obsolete –aopa.org/news-and-media/all-news/2019/may/06/connie-edwards-remembered).

He deserves to be Googled to understand his accomplishments, both as a WWII pilot and his contributions to what’s now known as the Commemorative Air Force (previously the Confederate Air Force). He was definitely one of those one-of-a-kind pilots. 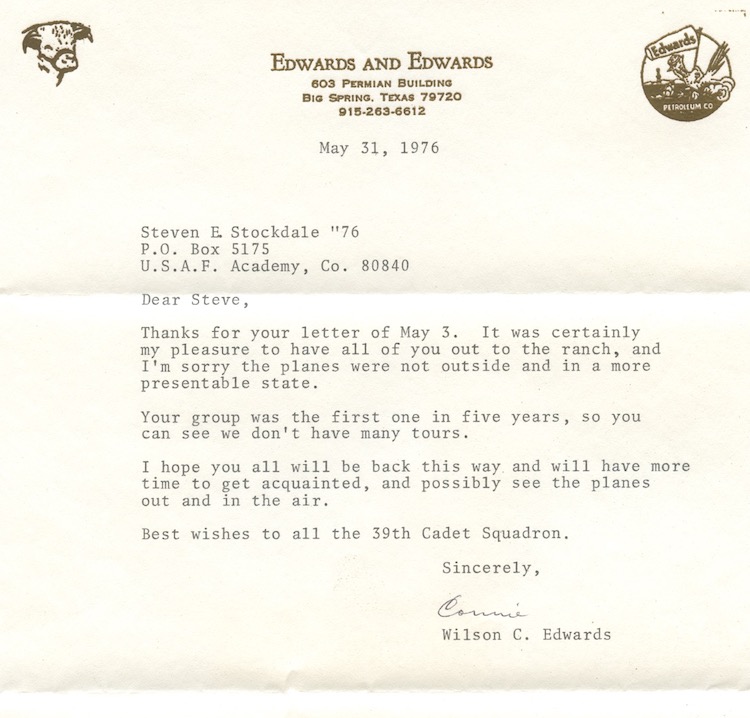