While this was rather perfunctory, and I didn’t do all that much, it’s still a nice reminder that I did play a small role in an event of some historical consequence.

Note: Unless you knew who the “Air Training Officers (ATOs)” were, you wouldn’t be able to discern their significance from the letter. There’s no mention of gender. But in this case, “ATOs” were fifteen women officers (fourteen 2nd Lieutenants and one 1st Lt.), who went through an abbreviated and concentrated version of BCT, 4th Class year, academics, and SERE, that prepared them to serve as the “upperclass” women role models and leaders for the first class of women cadets who entered with the Class of 1980. See four pages about the ATOs from the ’76 Polaris below. 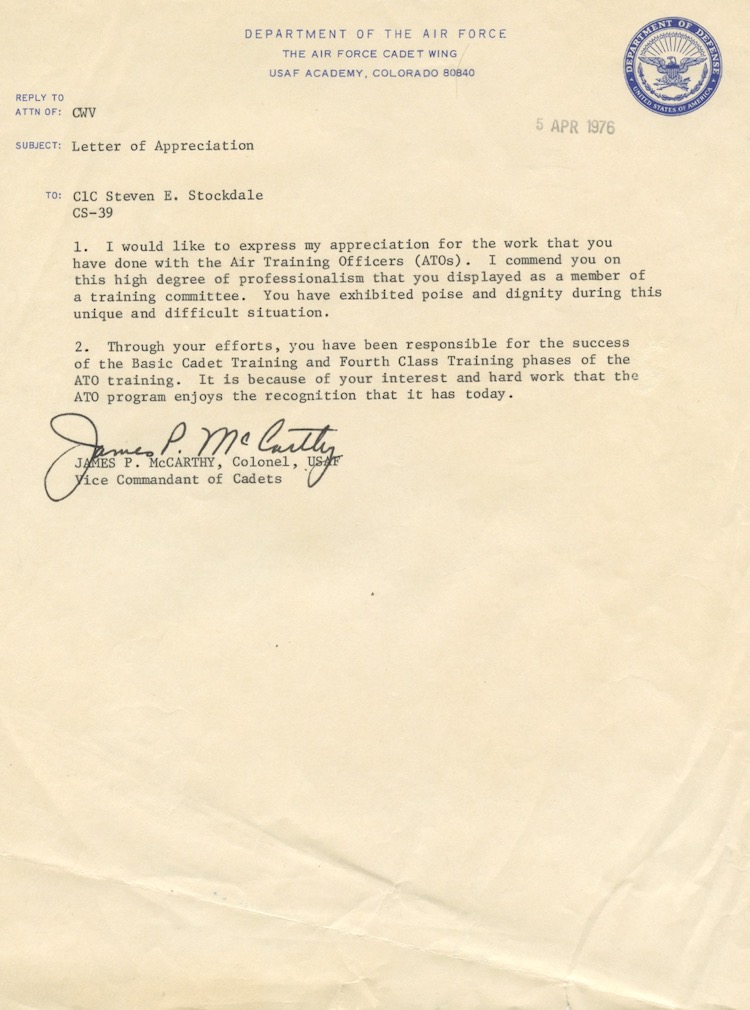 From the 1976 Polaris Yearbook 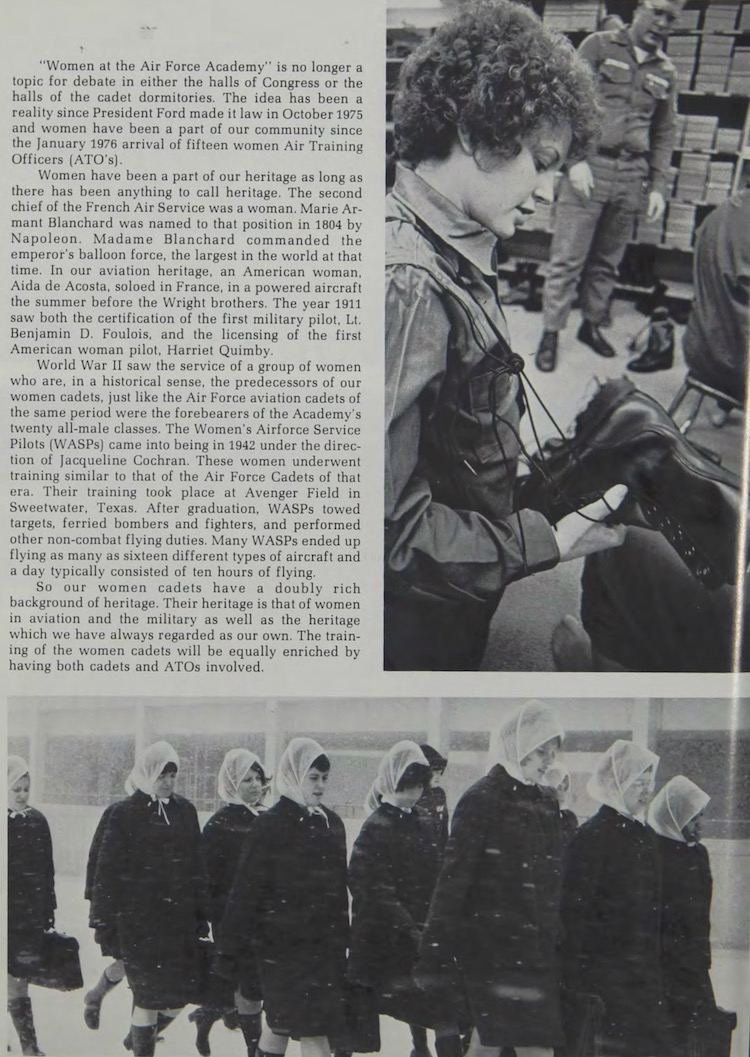 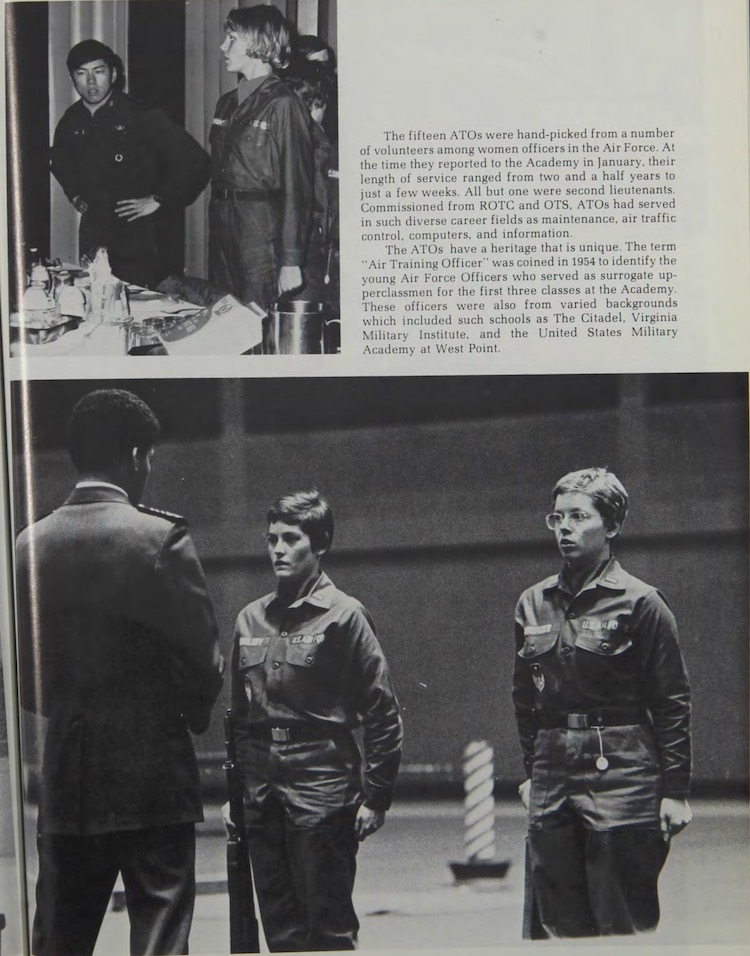 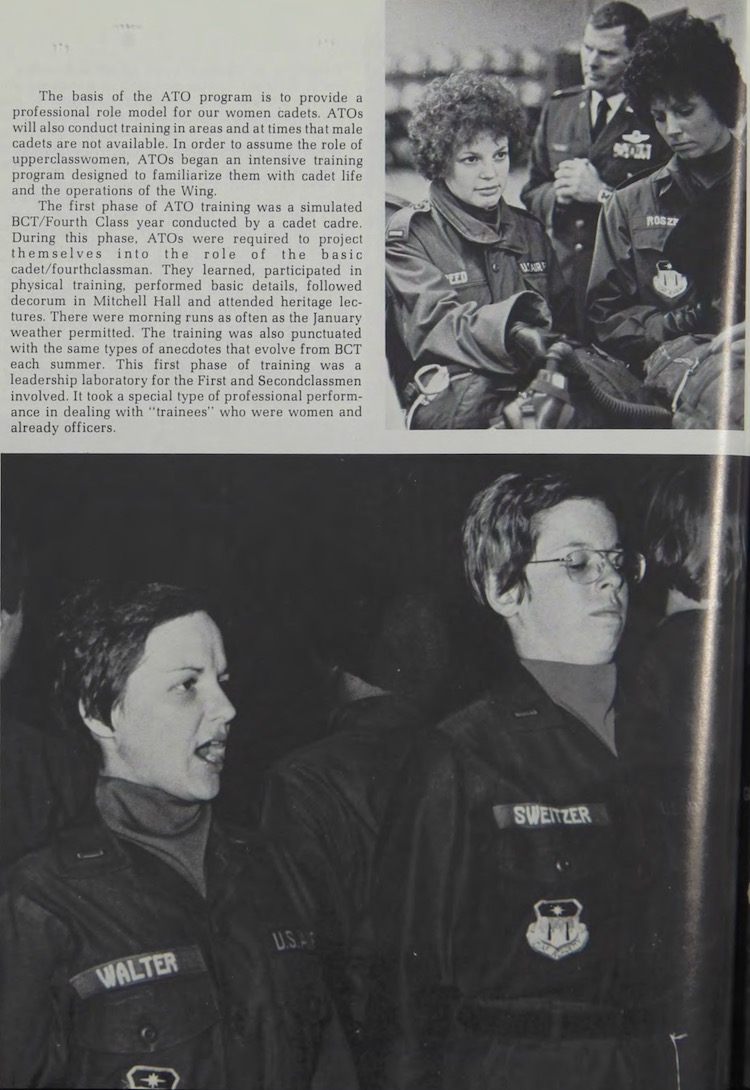 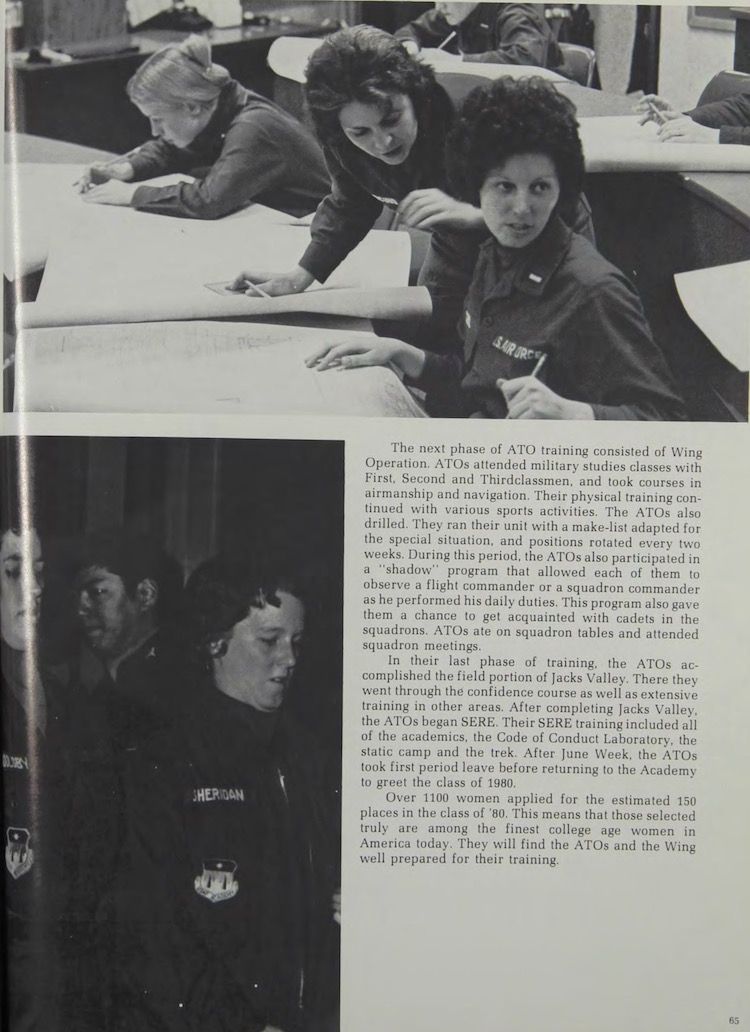