Jeff Short died tragically on March 20, 1976, just 74 days before he would’ve graduated with the Spirit of ’76. I can’t find the supporting evidence, but I recall he died in a car accident coming back to the Academy from Spring Break. Jeff and I roomed together during SERE in the summer of 1975, both as interrogators during the compound period and aggressors during the survival and escape phase. 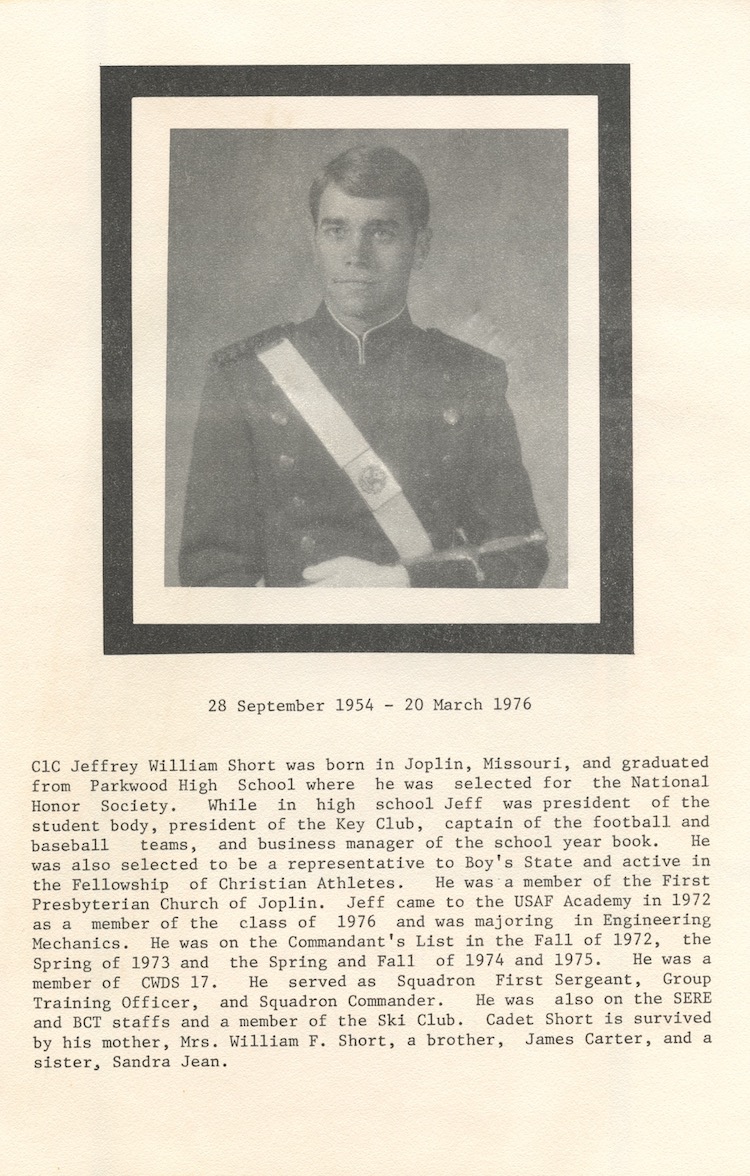 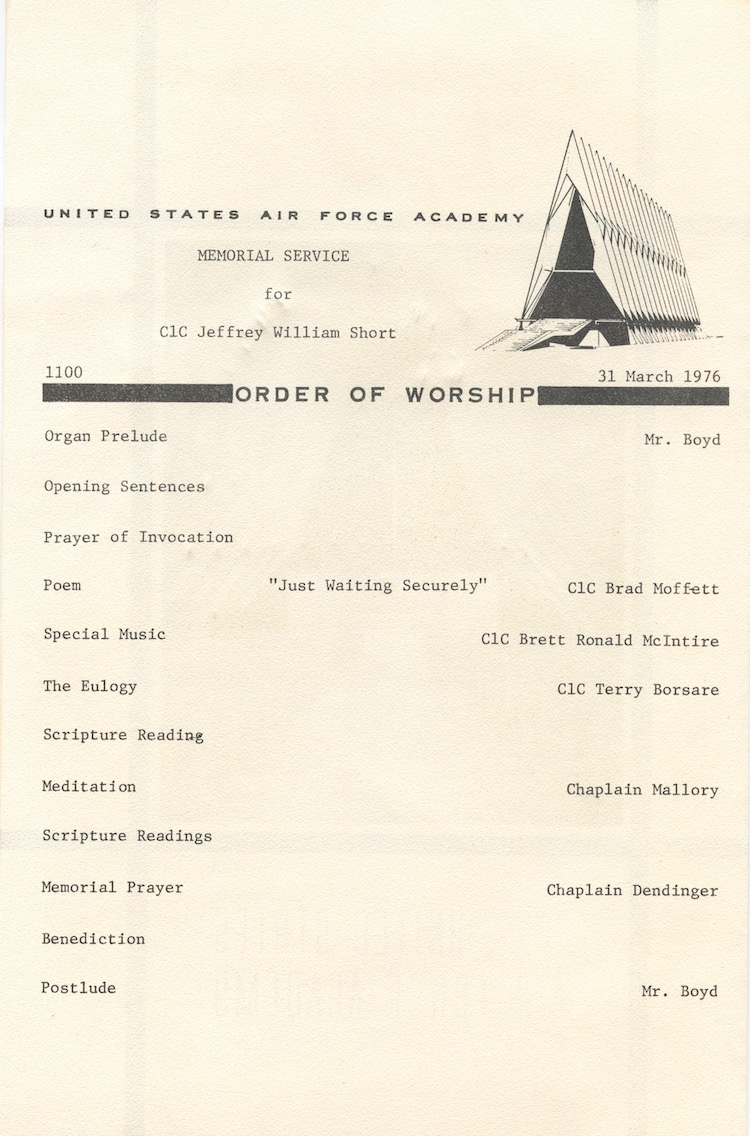 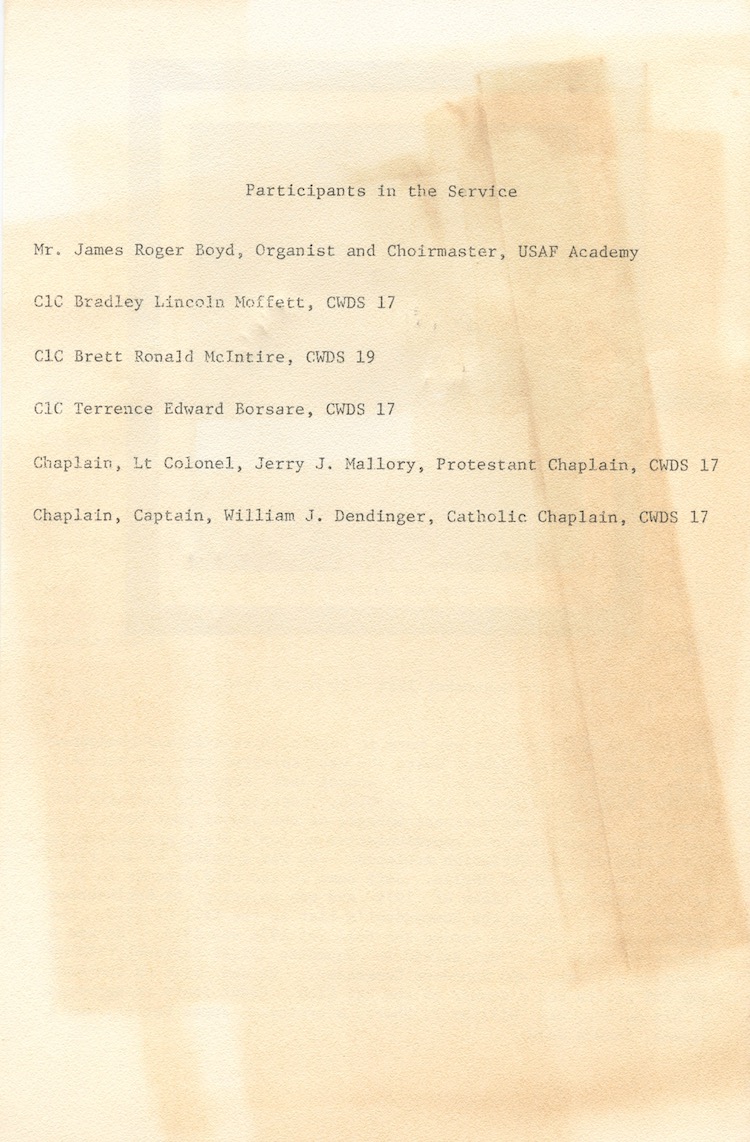 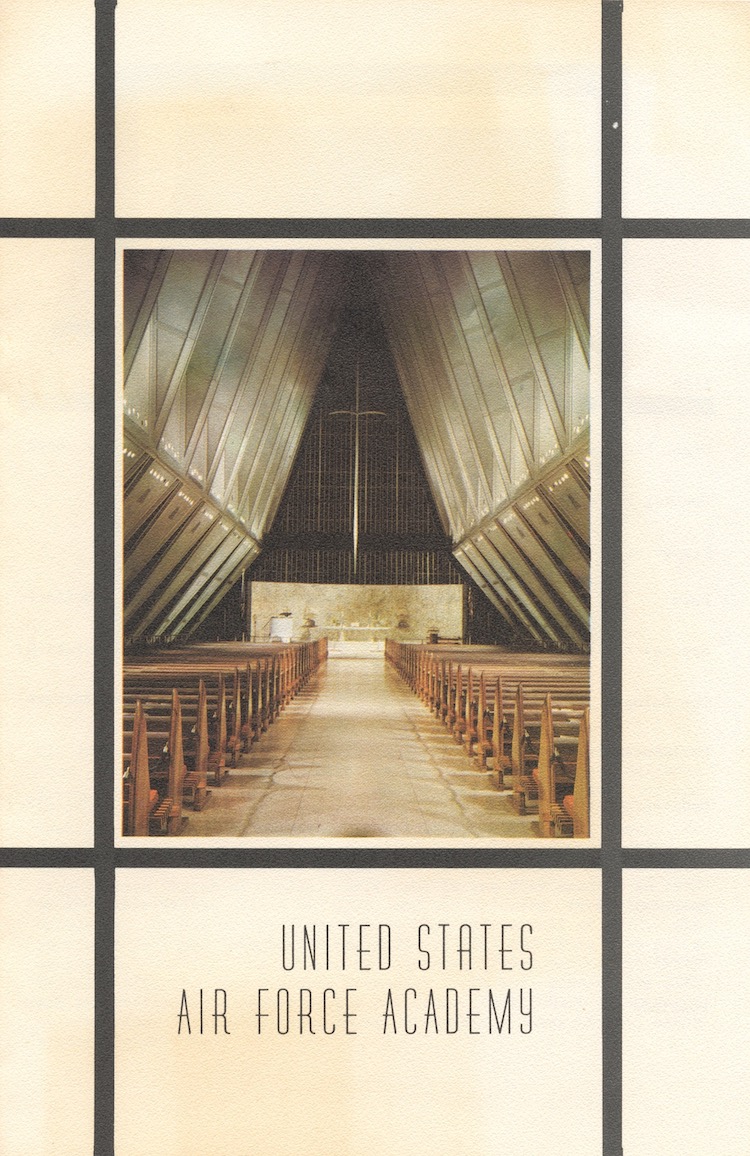