This had to have been printed pretty early in our doolie season since it looks like we had more players than they had jersey numbers. By my count, there are 119 names here (1 duplicated) … or 7.8% of the 1,505 of us who started Basic Cadet Training together. And judging by the names listed in the ’76 Polaris “First Senior Directory,” 44 of these 118 guys did not graduate. or 37.3%, which is slightly better than the class overall attrition rate of 38.4% (per the AOG Class History)

Note #26 on the Defense – Brian Billick, who transferred to BYU after doolie year. He was head coach of the NFL’s Baltimore Ravens from 1999–2007, winning Super Bowl XXXV against the New York Giants. He later became a TV analyst.

Numerical Coincidences – #17 on the White (Offense) was Russ Laney. Russ was in my doolie squadron (CS-31), as well as my BCT squadron, flight and element; in fact, since we formed according to height, he either marched next to or behind me throughout BCT. I was also assigned #17 on the Blue (Defense). On Brian’s Wikipedia page, it states that his high school retired his jersey (#17) in 2001. 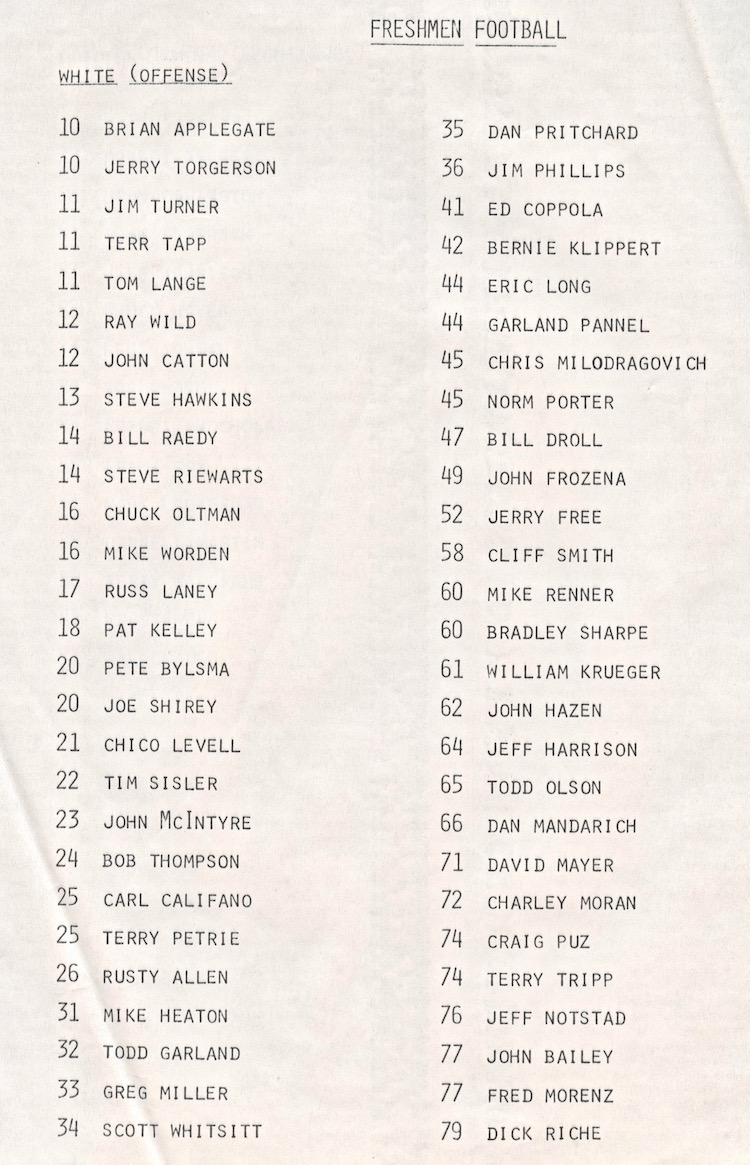 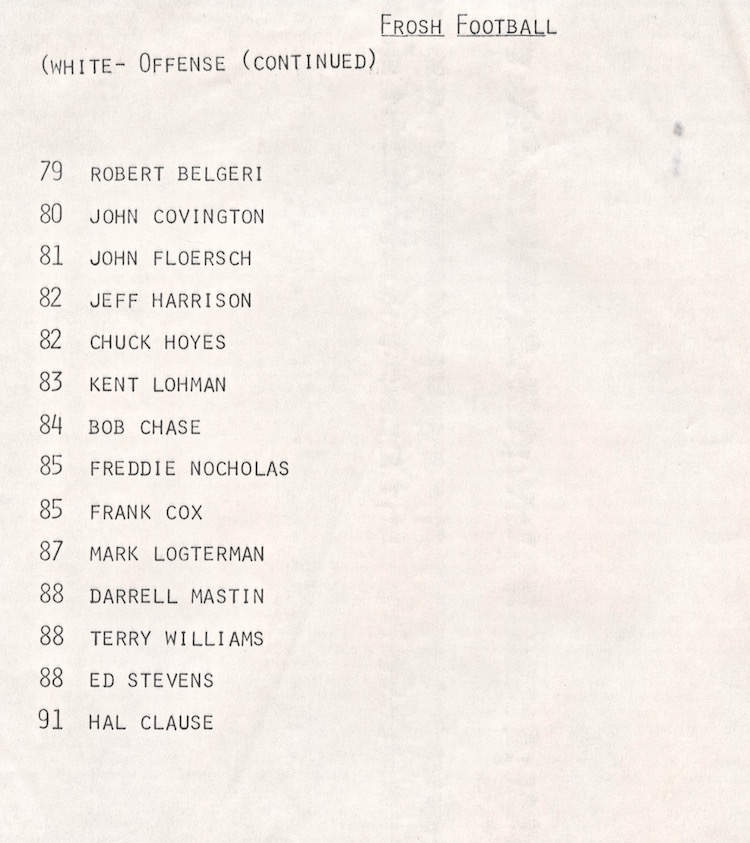 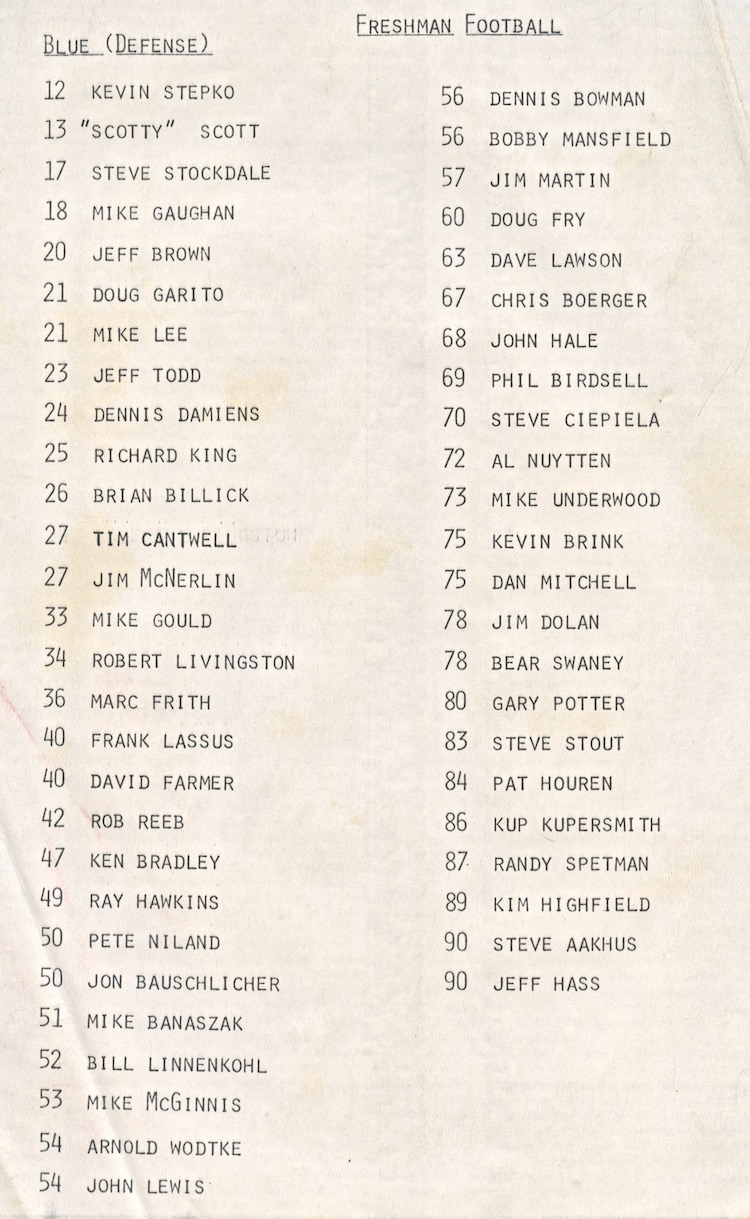