The highlight of the freshman football season was the trip over Thanksgiving to Monterrey, Mexico, via two nights in San Antonio at the Randolph AFB VOQ. (Actually, it’s a close call between this trip or being on jock ramps all season and not having to sit at squadron tables.)

One of the distinguishing memories of this game was playing on a field surrounding by a literal moat and chain link fence that separated the people in the stands from the players on the field.

Postscript: Not remembering exactly what the outcome of the game was, but thinking we won, I googled it and found the following on a long page of scores,
College Football Mexico Teams vs American Teams, and other. Looks like we won, 28-26.

Curiously, note that the following year (1973), it shows that the same Monterrey Tech team traveled to Colorado Springs to play the ’73 Falcon freshmen. I have no recollection of that game. Not that I would’ve played, but it seems like that would be something I would remember. 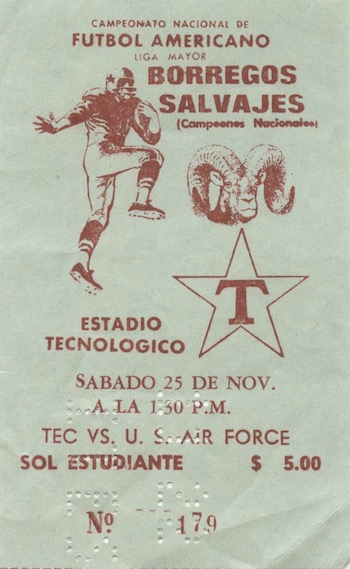 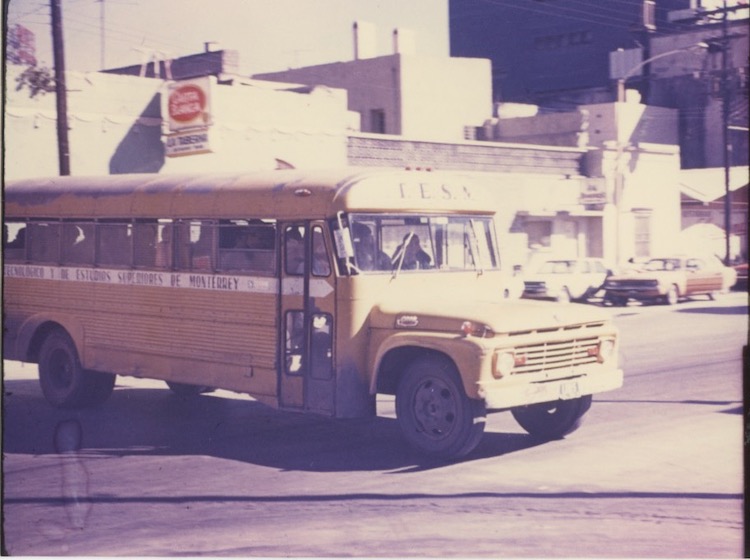 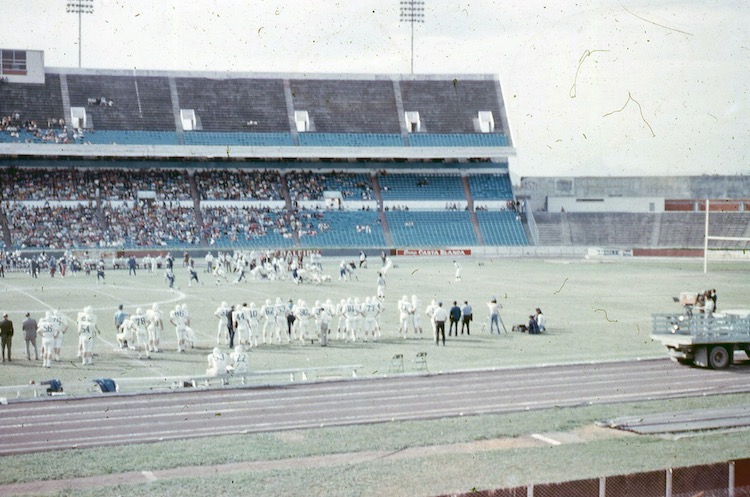 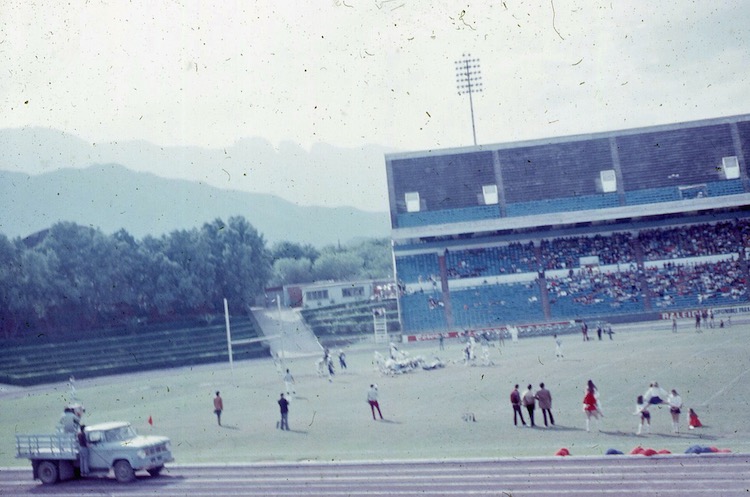