The season finale against Notre Dame was played in South Bend, IN, on Thanksgiving Day and was broadcast nationally by ABC-TV. Keith Jackson called the play-by-play. After beating us fairly handily, their next game was the Sugar Bowl in the New Orleans at Tulane Stadium. They beat Alabama 24-23 and were recognized without much dispute as the college football national champions.

Download or open the full program as a PDF (23 mb). Note, due to the size of the original scan, I had to reduce the size in order to upload it. So the program itself is pretty fuzzy and hard to read. If you would like the full resolution scan, drop me a line and we can figure out how to transport the file. 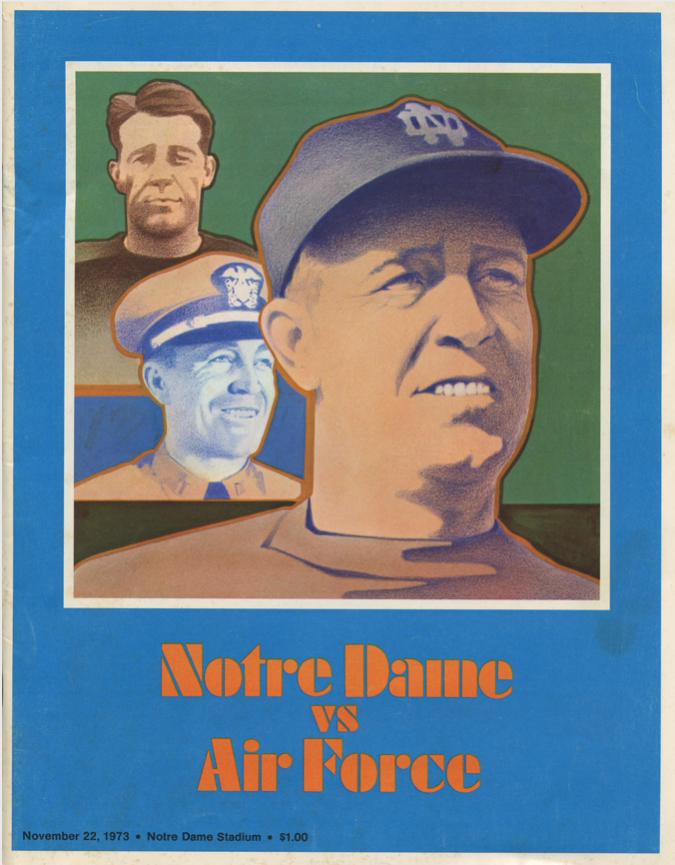