SantaFe.com (the From Here to Discernity blog, 2011) 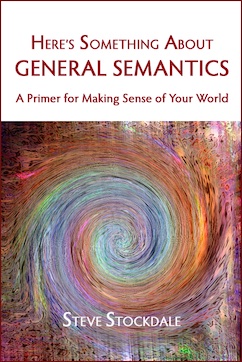 “Suspended in Stereotypes,” published in a book of essays edited by A.M. George and T. Thomason, Race, gender and other stereotypes: A reader for professional communicators.

Capitalizing on Career Chaos: Bringing Creativity and Purpose to Your Work and Life, by Helen Harkness, PhD. Dr. Harkness was a pioneer in the field of personal career counseling/coaching specializing in mid-career adults. For her third book, she used the metaphor of chaos theory as a theme to apply her career change principles to career disruption. Throughout the book she uses specific de-identified client examples. I’m proud to say that I’m included. This page (offsite) provides extracts of the book that I contributed. Dr. Harkness died in 2021, just shy of her 93rd birthday.

“8 Passages for Uncertain Career Journeys”, published in the Career Planning and Adult Development Journal in 2011.

Here’s Something About General Semantics: A Primer for Making Sense of Your World, my 2009 self-published eBook in which I present my views on the fascinating, mostly-misunderstood and often-misrepresented study of differences that make a difference. 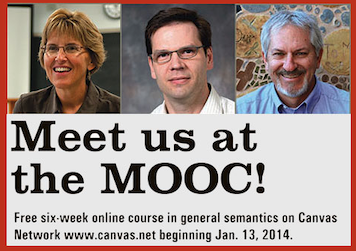 In 2014, I collaborated with two colleagues from Indiana and Utah to develop a Massive Open Online Course (or MOOC), offered on the Canvas Network. The course is still available in the network’s archives, but I’ve also migrated the content below to my ThisIsNotThat.com section of this site.

I completed the Master of Arts (MA) program in Educational Psychology at the University of New Mexico as an Outstanding Graduate in 2012.

From the catalog: The program is designed to give students a broad and critical perspective on the psychological factors affecting individuals in schools, other educational settings, and other learning situations throughout the life span. The program also emphasizes critical evaluation and application of research and theory based on a firm grounding in measurement, assessment, research methodology and quantitative methods.

The following are all unpublished papers submitted for course work.

Re-posted and formatted for this site.

From 1999 into 2003, I published 34 issues of an online collection of observations, homilies, and lessons learned I called Chanticleer Calls (index). The name was inspired by Thoreau’s self-aware mission statement in his Walden: I do not propose to write an ode to dejection, but to brag as lustily as chanticleer in the morning, standing on his roost, if only to wake my neighbors up.

To know me is to understand the quotes I’ve collected throughout my life. I believe, as a whole, they comprehend a consistent and defendable world view.