(Originally posted to my “From Here to Discernity” blog at SantaFe.com, September 12, 2011) 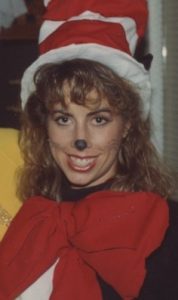 I first heard the term “Internet” at a Halloween party in 1993. An attractive friend of a co-worker, cutely disguised as the Cat in the Hat, mentioned that she was writing her Masters thesis in Computer Science about “how to access the Internet.”

I didn’t have a clue what she was talking about. But in 1994 I signed up for this cool service called America Online that I could dialup on my 2400 baud modem for electronic mail, bulletin boards, and listservs. I wasn’t “on the Internet” (so far as I knew then) but I was on America Online with my monochrome green-on-black monitor. Sometimes I got e-mail from friends who were also on the America Online, CompuServe, or Prodigy services.

The next year I had my “ah-hah!” moment about the Internet. Some friends and I were brainstorming about ideas for our 1995 Halloween party. Somebody suggested a Charlie’s Angels theme.

Note: For historical clarification, this refers to that ‘70s TV series that originally featured Jacqueline Smith, Kate Jackson, and Farrah Fawcett as the “angels.”

Somebody asked how many different actresses played “angels” during the course of the series. Curious, I logged onto my IBM-compatible computer, opened my Netscape Navigator web browser, and went to the Yahoo! search site to see if I could find out something about “charlie’s angels.”

I was, frankly, amazed. Not only did I quickly find a list of all the actresses and their character names, but full bios — not of the actresses, but of their characters. And synopses of every episodes of a TV series that had been off the air for 14 years. And at least 50 links to sites that were all focused on one topic — Charlie’s Angels. 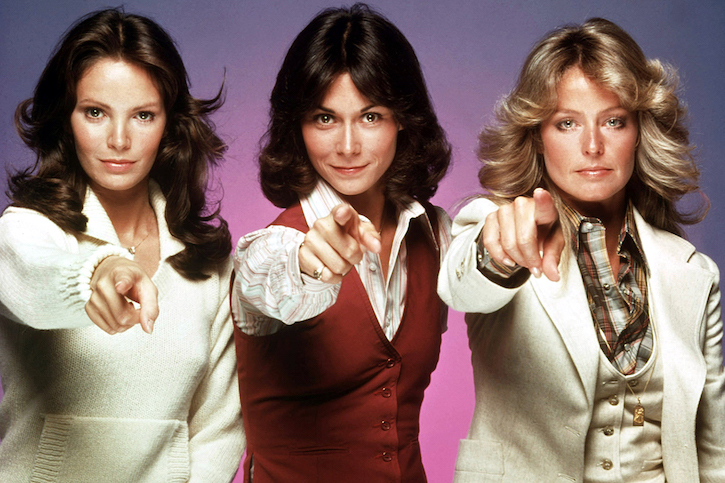 That’s when I figured this Internet thing wasn’t just another CB-radioish fad.

All that is just a preface to establish my cred as an Internet “early adopter.” Because the real purpose of this post is to confess that I’ve crossed whatever threshold separates “early adopter” from “old fart.”

I know I’m on the sunset side of that divide because of my “Summer of WordPress 2011” experiences.

I started a WordPress blog two years ago, initially to document what I could about the one and only local hospital and its relationship to and with CHRISTUS Health. Then I got interested in tracking the curious electrically-sensitive trail of a Santa Fe resident who filed a lawsuit against a neighbor for using her iPhone.

Last January I began a novel about Annie, a fictional character who came of age during the Manhattan Project in Santa Fe and Los Alamos. As a story-telling conceit, the narrator recounts her memoirs in the form of an actual WordPress blog.

Since I was spending so much time with WordPress, I wondered what else I might be able to do with it.

So this past June I impulse-purchased a “Premium Theme” that promised me the capability to easily create my own themes with “drag & drop” functionality. Only after I purchased the theme, installed it, and tried to do something with it did I realize I had purchased a software package that had no documentation.

Now, the sellers of the software would deny that accusation. In their defense, they would point to the “Documentation” section of their website, a dozen or so video “tutorials,” and their online Forum for Q&A’s with “pros” to answer any specific questions we noobs might have.

“Of course we’ve got documentation!”

My cross-examination of that defense would then go like this: Documentation for users is not a description of features found in a marketing brochure. A tutorial is a set of instructions for “how to,” not a demonstration of capabilities. It’s hard to formulate a specific answerable question when your foremost concern hinges on “where do I even start?”

It was during this give-and-take, back-and-forth, wailing-and-gnashing that I realized I had crossed the unseen and unexpected divide into old fartdom.

My crossing was manifest by my quaint, retro, old-school expectation (desire?) to learn what I was supposed to do before I tried to do it. How positively Commodore 64-ish is that? LOL.

In the age of iOS, Android, SMS, and Twitter, the operative technological premise, to paraphrase the pre-cyber Yoda, “Learn not. Use! Or use not. There is no learn.”

Translation: With today’s technology, you don’t learn how to use it … you just use it. Learning requires instructions and directions and practice. Using requires eyes and fingers and intuitive doing. Learning seeks to avoid mistakes. Using requires mistakes, but then that’s what Undo is for.

I should’ve seen this coming if I had been paying attention to the IBM and Apple commercials back in the ‘80s. This IBM PC commercial clearly reveals the old-fartish mindset about documentation, which the up-and-coming Apple Macintosh ad then pokes fun at.

Back in the ‘60s, the generational dividing line was targeted at a specific age: “Don’t trust anybody over 30.”

Now it’s not related to age as much as attitude: “Don’t trust anybody who asks for instructions.”

As Yoda counseled, we have to “unlearn what we have learned.” And in the end, that’s probably a good thing. Just do, but don’t tell anybody you’re learning by doing.