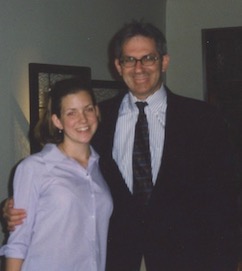 3rd – 5th November 2007
A Report
One of the dominant concerns of contemporary social and political theory and one which has engaged if not captured the attention of theorizing since the beginning of the Enlightenment is the idea of human progress. Human progress, which may be broadly understood as such movement and advance which render the world more just, ethical and meaningful in the general analysis of those who construct or inhabit it, has and continues to constitute the basis of much of modern thought.

Philosophers as Thomas Hobbes, John Locke, Immanuel Kant, F G W Hegel, Giambattista Vico, August Comte, Max Weber and Herbert Spencer among others sought to ascertain and legitimize an essential relationship between the progress of mankind and the reason/rationality of the individual self. Through their different theoretical narratives such philosophers demonstrated how reason would further progress by purging the human world of conflict, violence and wars.

Any conceptual analysis of the idea of human progress today would however necessitate a comparative reading of the advancements we as humans have achieved in the scientific technical world with that which we have realized in our social and political worlds. It would compel us to ask why our rapid advances and progress in the sciences, engineering, medicine and technology have not been matched in relatively equal terms with advances in our social and moral world. Why has growth and development in the sciences been governed by instrumental reason while the social and political experiences and behavior continue to be characterized and guided by suspicion, bigotry and intolerance?

It is the imperative to pursue and attempt to respond to this question that remains the focus of Alfred Korzybski’s many works, notable among which are Manhood of Humanity (1921), Time-Binding: The General Theory (1924) and Science and Sanity (1933). According to Korzybski, it is possible as well as desirable to apply and make relevant the attitudes and methodologies that are responsible for the advances in the scientific world to the social and political world, and it is to study and work out such possibilities that he established the new interdisciplinary body of knowledge labeled “General Semantics” as well as the Institute of General Semantics in 1938 at Texas, USA. General Semantics may be understood as a broad system of evaluation and responsiveness. Since language provides the means through which such evaluation and responsiveness occurs, much of General Semantics deals with studying the relationship between language and behavior. It is concerned with the studying the manner and processes through which humans perceive, construct, evaluate and communicate their lived experiences in a way which minimizes violence and conflict. General Semantics as an interdisciplinary area of understanding is rather unfamiliar to Indian academic institutions. However its relevance for India may be difficult to undervalue particularly when we witness India’s economic and scientific development coupled with increasing instances of violence, cruelty and bigotry.

It is to underscore the relevance and imperative to study General Semantics that the Forum on Contemporary Theory organized its Twelfth National Workshop on Cognitive Language Skills for the 21st Century between 3rd and 5th November 2007 at the Center for Contemporary Theory, Vadodara. The Forum here must acknowledge the contribution, commitment and support it has received from Shri Balvantbhai Parekh, Chairman, Trivenikalyan Foundation. In addition to being an accomplished industrialist as well as a well meaning philanthropist Balvantbhai Parekh is the first and perhaps only member of the Institute of General Semantics in India. The Forum’s organization of this National Workshop was possible only through his unfailing initiative, encouragement and support, and we at the Forum express our deep sense of appreciation and gratitude to him.

The Workshop was conducted by three resource persons, namely Andrea Johnson, President of the Board of Trust of the Institute of General Semantics, Steve Stockdale, Executive Director of the Institute of General Semantics and Pramod Pandey, Professor of Linguistics at the Department of Language, Literature and Culture Studies at the Jawaharlal Nehru University, New Delhi. The participants comprised of research scholars and teachers from many different universities of the country pursuing such varied disciplines as English Literature and Language, Sociology, Linguistics, History, Political Science, Philosophy and Art History. The Workshop was also attended by a senior bureaucrat as well as a medical practitioner. The Workshop included course sessions, public lectures as well as participants’ presentations.

In her public lecture titled “Language-Attitude Behavior: Constructing Individual Realities” Andrea Johnson introduced some of the central arguments and assumptions of General Semantics, some of which are time-binding, uncertainty and et cetera. Using the analogy of a map and the territory she demonstrated how language can never certainly and comprehensively grasp or capture meaning in its entirety. Steve Stockdale in his public lecture titled “Some Basic Understanding and Justification of General Semantics” underscored the need to build bridges of understanding, which he asserted could be accomplished through the approach of General Semantics. He questioned the assumptions of certainty, conformity and conviction in the process of understanding as the basis of violence and intolerance. In a lecture titled “Is There a Western Way of Thinking?” Pramod Pandey brought out the interrelationship between modern and non-modern perspectives of language and knowledge. Employing the idea of Argumentative Reasoning, he vigorously demonstrated the differences and similarities between western and non-western paradigms of knowledge.

One of the many measures of a successful and substantively relevant academic meet is the promise of continuity and collaborative effort. To that extent, this Workshop organized by the Forum provided the occasion and opportunity for a meaningful and academically relevant relationship between the Forum on Contemporary Theory and the Institute of General Semantics. It also occasioned the strengthening and nurturing of our relationship with Shri Parekh, who was graciously present throughout the Workshop. With this Workshop, the Forum has contributed in a noteworthy way to the inauguration and introduction of the process of learning and understanding General Semantics in the country.

SS Note: Mr. Parekh and Prafulla Kar arranged for the first national teacher training workshop to be conducted at Mumbai University in May 2008, as shown in this short report.