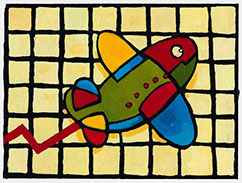 Time-binding refers to the unique human capability to improve and progress over time through the use of symbols, language, etc. Because of books, diagrams, blueprints, plans, music, art, etc., each generation can build on the accumulated knowledge developed/discovered by previous generations.

The premise of this 3-step exercise is that the rate of human progress really began to take off in the 17th century with the widespread application of science, or a scientific approach.

Make a list of xx notable People, Periods, Events and Discoveries (inventions, achievements, etc.) you can think of.

Plot each person or event you’ve listed on a timeline of history, from 500 B.C. to the present. What inferences, insights, observations can you make? 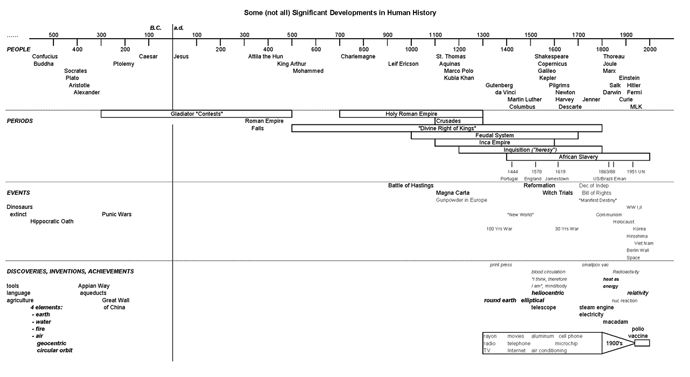 3. Plot the historical rate of change

Draw or sketch a simple graph that reflects, in 100-year increments, approximately how similar/different life was at each hundred-year point compared to the prior period. So, for example, if you cannot identify much difference in the way humans lived between 500BC and 500AD, that period would be reflected by a relatively flat line. The period from 1900 to 2000, however, would justify a steeper curve to reflect a greater rate of change. A question for discussion could be whether or not specific changes, with some historical reflection, can be considered as “progress” or “advancement.”

Another, perhaps less subjective, method to illustrate would be to sum the number of discoveries or inventions during historical intervals and then plot those counts over time. The graph below shows the results of such an exercise with a college class of about 35 students. The horizontal axis depicts the time scale while the vertical axis shows the number of historically significant events during each period as determined by the aggregating all student inputs. 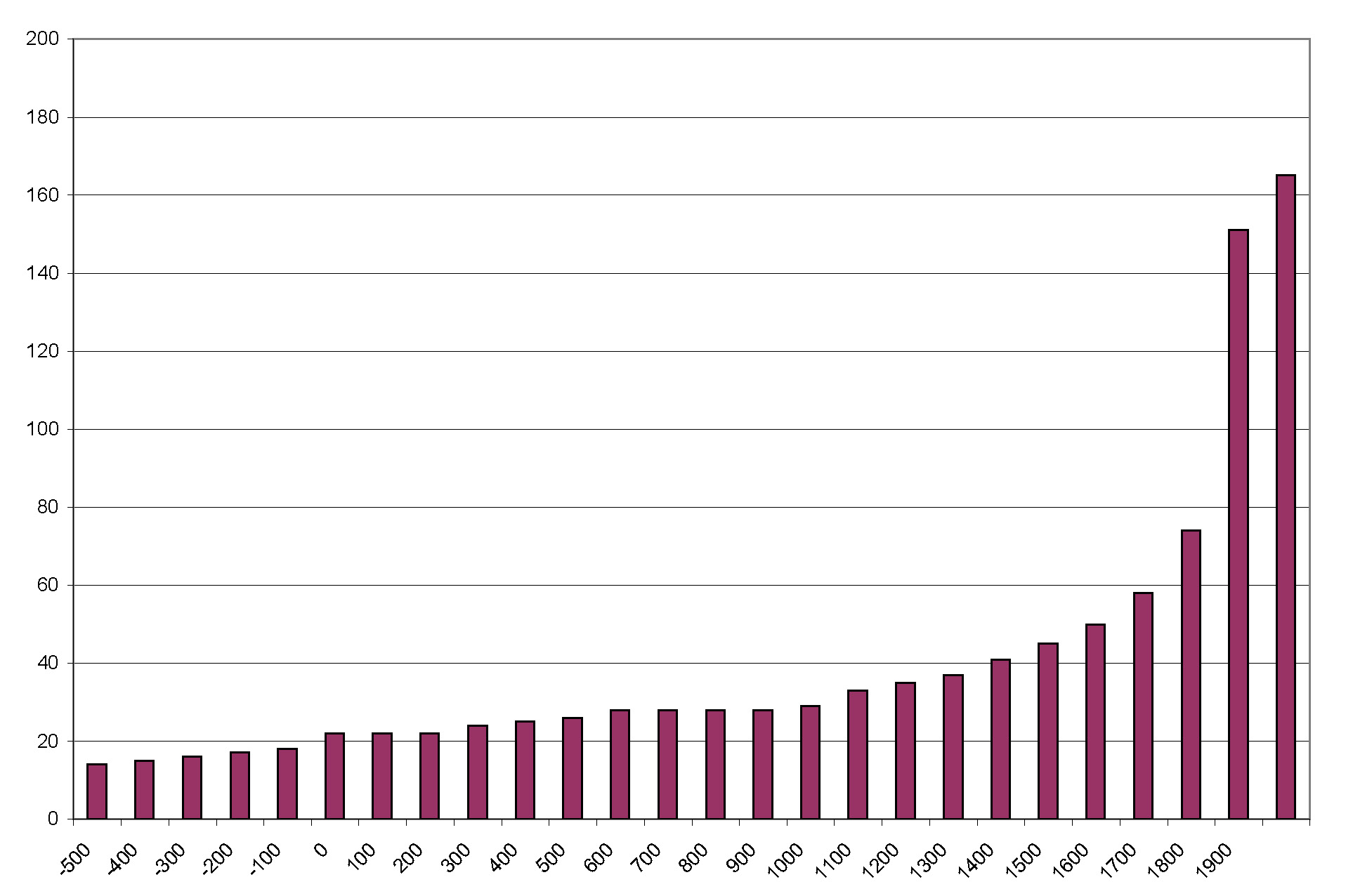