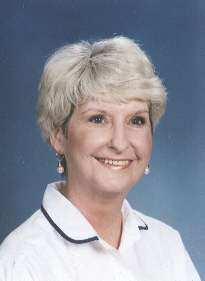 Mother died December 27, 1996, after succumbing to the devastating effects of scleroderma. She was registered with the Living Bank and donated her body to the University of North Texas Health Science Center. Since we didn’t have a service, I felt it would be appropriate to say a few things here.

Webster’s New Collegiate Dictionary says only this about scleroderma: a usually slowly progressive disease marked by the deposition of fibrous connective tissue in the skin and often in internal organs.

According to the Scleroderma Research Foundation.

Mother was first diagnosed with Raynaud’s phenomenon, which affected blood circulation to her limbs, in the late ‘50s. About 10-15 years, she began to experience some of the early internal organ symptoms which were then diagnosed as scleroderma. To us, there were few, if any, visible symptoms of her disease. On one hand, this was a blessing. On the other, however, it proved to be an insidious effect because no one could ‘see’, much less ‘feel’, her suffering or pain. The disease’s effects seemed to acclerate over the past three months. Daddy put her in the hospital on December 20th, and after two days she seemed to be gathering some strength. But then by the 26th her liver and kidneys had essentially shut down. There was nothing the doctors could do other than help her to be comfortable, which she appeared to be on her final day.
S
he was one of those people who probably touched many more lives than she would have ever realized. She certainly had close friends among band director’s wives through the years, as well as good friends she maintained from our years in Pampa, Lubbock, Olton, Bridgeport and Azle. But she also had the opportunity to come into contact with many others through her work at the bank and the high school in Olton, Mitchell Energy and the Desk and Derrick organization in Bridgeport, and her volunteer readings for children at the Azle library.

She loved to write to express herself, which especially showed in several creative ‘projects’ she did while she worked at the bank in Olton. One of these ‘projects’ was a letter to my commanding officer at the Air Force Academy upon the occasion of my failing mid-term grade in physics. The wit, humor and creativity exhibited in that letter warranted its publication in the Academy’s monthly magazine. She was much entertained and inspired by Erma Bombeck, and grieved her death. She also loved Oprah Winfrey (whom she met while attending a taping in Chicago) and Tom Snyder. (I must admit this causes me some concern, but I trust that this particular gene skips a generation. Or two.)

I’ll always remember one conversation we had, which I related to Stacy two nights ago. During the summer after my 7th grade year in Lubbock, she was concerned that I hadn’t played baseball, and didn’t indicate any interest in participating in anything. We were driving down the Brownfield Highway. She said firmly, and with some disappointment, “You’ve got too much God-given talent to not do something with it.” For some reason that’s always stuck with me, and I thank her for it as I recall it more times than I’d like to admit.

I’ve heard the theory that you can judge the success of parents by their children. I hope that Freddy, Lizann and I can do justice in reflecting her, and Daddy’s, love and parenting. In lieu of flowers, Mother requested that donations be made to the Scleroderma Research Foundation, 2320 Bath Street, Suite 307, Santa Barbara, CA 93105, 1-800-441-CURE.

Stuff on this Site

Scroll back to top