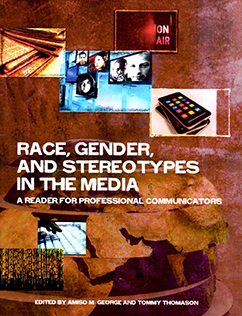 This last statement relates to Bohr’s formulation of what he called complementarity. One of the conundrums of early 20th-century physics concerned the fact that, under certain experimental conditions, light behaved as particles in a “shower of photons” (Einstein & Infeld, 1938, p. 297). Under other conditions using different observational and measurement methods, light exhibited the characteristics of a wave. Prior to Bohr, physicists were captive to the prevailing language of physics, which carved up definitional structures of mutual exclusivity. By definition, waves behaved in ways that particles did not, therefore a wave could not be a particle. So what was light really — a particle or wave?

We are suspended in language in such a way that we cannot say what is up and what is down. — Niels Bohr

Bohr’s notion of complementarity (and its eastern Taoist cousin, mutually-dependent yin and yang) provided an alternative point of view to the western philosophical tradition based on dichotomous, either/or, thinking. Bohr showed that the problem wasn’t with light itself, or with how the physicists measured light. The problem was in the limitation of the vocabulary that physicists had at their disposal to classify light. “Is light a particle or a wave?” presumed that light had to be one or the other, either particle or wave. Bohr proposed that the particle/wave debate resulted from an inappropriate application of either/or thinking. From his complementary perspective, the debate dissolved from an either/or labeling stalemate to a both/and understanding that rose above the labels; light exhibited the characteristics of both particles and waves.

In other words, Bohr argued that physicists had to overcome their stereotypical thinking about waves and particles in light of what they were observing about light. Their observations of light caused them to reevaluate their presumed categorical distinctions between particles and waves. Rather than focus on just the similarities between light and particles, and the differences between light and waves, they had to think in terms of both similarities and differences. Rather than think in terms of only two values, physicists had to orient themselves toward “many-valued” thinking (Korzybski, 1994, p. 93).

This type of thinking — complementarity, yin/yang, both/and, many-valued, or whatever label you prefer — is necessary to resist the easy inclination to adhere to rigid and categorical labels that we typically refer to as stereotyping.

Although that term carries a (usually deservedly) negative connotation, we can think of this type of generalizing activity on a continuum. The order and placement can be argued, but notionally such a continuum could be depicted this way.

What distinguishes the more Benign activity to the left from the more Consequential to the right?

At the far left, as human beings with a highly-developed nervous system, we have learned through our life experiences to automatically recognize and categorize many different types of stimuli. We immediately differentiate people from animals from plants, strangers from friends and family, foods from tools, danger from routine, etc. Jeff Hawkins and Sandra Blakeslee (2005) refer to this process generally as pattern-matching. They explain that this activity occurs at multiple levels in the hierarchy of the nervous system. From sensory stimulation to cognitive awareness, your nervous system makes inferences as it attempts to match current stimulus data with past experience and memory. Even at the most basic levels (distinguishing the edge or color shading of an object), your brain must take incomplete sensory data and “fill in the gaps” with guesses or assumptions in order to create an integrated image of what you believe you see. At this neurological level, “stereotyping is an inherent feature of the brain” (Hawkins & Blakeslee, 2005, p. 204). We are, to paraphrase Bohr, suspended in stereotypes.

To the right, however, lies the more consequential and problematic behaviors that we usually attribute as stereotyping. Such behaviors and underlying attitudes can be considered non-complementary in that they reflect the most simplistic either/or, categorical, and uncritical thinking; some may even say lack of thinking. They presume similarities and disregard differences, and can extend from an individual to a group, or from a group to the individual. They may be labeled as bias, pre-judgment, or prejudice. In every instance, however, such attitudes and behaviors result from a failure of recognizing both differences within similarities, and similarities among differences. “We discriminate against people to the degree we fail to distinguish between them” (Lee, 1952).

We discriminate against people to the degree we fail to distinguish between them. — Irving J. Lee

An aphorism purports that there is a kernel of truth in every stereotype. That might be worth considering, both in terms of “what if there’s not?” as well as “so what if there is?” I would suggest that the flip side of the aphorism is also worth considering: “every label lies a little.” We should remember that, as verbal constructions, labels and stereotypes do not exist in the material world. They reflect symbolic expressions that, more often than not, arise from arbitrary, superficial, and inconclusive classifications and judgments. Nevertheless, indiscriminate, biased, and prejudicial judgments against individuals and groups can have devastating individual and societal consequences.

“We must consider ourselves as a symbolic, semantic class of life, and those who rule the symbols, rule us” (Korzybski, 1994, p. 76). The first line of defense against potential symbolic subjugation is to become aware of, and practice, a complementary attitude about the verbal environment in which we find ourselves suspended. Within items labeled or categorized as similar, look for and recognize differences; among items that appear to be different, look for similarities. Rather than think in two-valued terms like either/or, right/wrong, or good/bad, consider the fuzzy, middle, gray many-valued areas that lie in between. Look for the lie in every label. Remember that the more time and attention you give to someone else’s verbal categories, classifications, and stereotypes, the less time you have to develop yourself in your own “real world of nature” (Maslow, 1987, p. 129).

And that time is a terrible thing to waste.