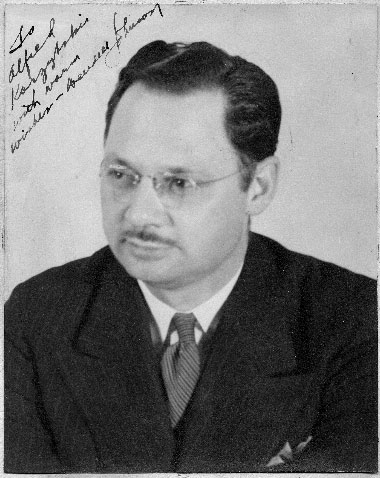 Generally speaking, you will make applications to two large groups of problems or situations: those that are essentially personal, and those that you will call professional or relatively impersonal. A word about each of these should help somewhat.

With regard to personal problems, it is to be emphasized that over the years you have grown accustomed to your own behavior and to the people and the world about you. You have a strong tendency to take for granted whatever is thoroughly familiar to you. Your notion of what is ‘normal’ is, therefore, determined largely by the behavior, beliefs, attitudes, customs, social conditions which you have come to take more or less for granted as ‘right’ or ‘natural’ or ‘customary.’

This means that, even though you and your environment may be obviously below par, you may feel that you have no ‘personal problems.’ Many people become so thoroughly accustomed to the frictions, bad feelings, irritabilities, frustrations, blue moods, confusions and general flounderings of their day-to-day existence that nothing short of murder or stark insanity strikes them as peculiar. They are so utterly adjusted to maladjustment that it does not even occur to them that human life might be, except by sheer luck, different from what they know it to be. The fact that you were attracted to a book like this probably indicates that you yourself have not fallen to such a state, of course, but if the above statements serve to polish your semantic lenses a bit, perhaps you will take stock somewhat more in detail than you otherwise would of your own daily round and of the particular ‘peep-holes’ that define your outlook on the world in which you live. (1)

You do have personal problems, of course. What they are, and how important they seem to you, depends on the amount of tension, misery and confusion you have learned to tolerate. Generally speaking, if you examine carefully what you call your ‘big problems’ you will find that they are made up of little things, which accumulate all but unnoticed until your tense back gives way under ‘the last straw.’

The most effective way to apply general semantics, therefore, is to sharpen your awareness of the little things and apply it to them. Not even with general semantics can you gain much by cutting the weeds after the lettuce has wilted. It is the moment-to-moment, seemingly insignificant, applications that make the greatest difference in the long run. The assignments described in Chapter XXI are designed, in part, to illustrate various possibilities of such moment-to-moment applications, and a careful reading of the book as a whole should readily suggest many more.

Aside from the problems you have which center around intimately personal concerns and relationships, you have also the problems that arise in the course of your work in a profession, or business, or in running a household; in learning a trade, a skill, a game, or in teaching something to others. General semantics can be put to use in many ways by doctors, lawyers, teachers, editors and writers, radio program directors, motion picture executives, housewives, students, merchants, etc., through the long catalog of human occupations. Wherever symbols are used and evaluations are made, wherever there are problems to be solved, use can be made of the method, the principles, the basic orientations which general semantics involves. Likewise, in the general business of being a citizen, of evaluating social, economic and political issues, of contributing constructively to the life of the community and of society in a broad sense, the value of general semantics lies in the practical use that is made of it.

General semantics contains no recipe for boredom. You are not likely ever to say of it, as you may have said from time to time of a course in history, or mathematics, or French, that you ‘have had it.’ At least, if ever you do say of general semantics that you ‘have had it,’ as though for you it were over and done with, you probably didn’t ‘get’ it.