What is GS? | Alfred Korzybski | Consciousness of Abstracting | Language | In Their Words
Assignments, Discussions and Quizzes | References and Resources

On this page, the words of Neil Postman, Wendell Johnson, Irving L. Lee, and J. Samuel Bois about Korzybski and General Semantics. And a list of books that illustrate the broad interests of the subject. 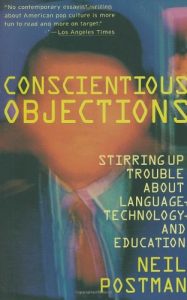 Neil Postman held the position of Paulette Goddard Professor of Media Ecology at New York University’s Steinhardt School of Education, and former Chair of the Department of Culture and Communication. He authored 17 books on education and culture, such as Amusing Ourselves to Death (1985), Teaching as a Subversive Activity with co-author Charles Weingartener (1969), and Conscientious Objections: Stirring up trouble about language, technology, and education (1988).

Less known about Postman is that he edited the quarterly journal, ETC: A Review of General Semantics, from 1976-1986. His appointment followed the 27-year tenure of the journal’s founder and, in many ways, the public face of General Semantics, S.I. Hayakawa, and then the care-taking term of Thomas Weiss. Right off the bat, Postman made clear that there was a new editorial sheriff in town with his “East Meets West: A Note from the New Editor.” In it, and throughout his 10-year editorship, Postman did not outright dismiss the journal’s past as much as he seemed to delight in deliberately breaking from that past.

Therefore it’s worth noting that from an initial ambivalence toward Alfred Korzbyski and general semantics in the 1970s, by 1988 he devoted a chapter to Korzybski in Conscientious Objections. He observed and acknowledged:

Like psychoanalysis, general semantics lends itself, too easily, to the predilections and idiosyncrasies of its practitioners, and there has been no firm consensus about the path it should follow. Moreover, general semantics is not easy to fit into conventional academic territories. It is simply too broad in its scope to be contained within a single discipline, for it is part philosophy, part epistemology, part psychology, part linguistics, and several other “parts,” all of which when taken together comprise the university curriculum. In a world of specialists, general semantics appears too diffuse, too divergent, too holistic to suit the modern style of academic thought. In a word, to study and teach it is not likely to further one’s chances for tenure.

And yet, although [Alfred] Korzybski’s name is relatively obscure at the moment, his impact has been felt. Some of his terminology and many of his insights have found their way into semiotics, psycholinguistics, educational psychology, media studies, and, of course, semantics. Many people in the nonacademic world – in business, government, social work, psychotherapy – employ Korzybski’s methods with great effectiveness and freely acknowledge their debt to him. But beyond all this, it is indisputable that together with such figures as C .S. Pierce, William James, Ludwig Wittgenstein, and I.A. Richards, Alfred Korzybski helped to heighten our awareness of the role of language in making us what we are and in preventing us from becoming what we ought to be but are not yet (Postman, 1988, p. 146). 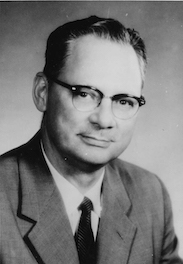 Wendell Johnson was one of the most important and distinguished of the “early adopters” of General Semantics. A clinical professor at the University of Iowa Wendell Johnson Speech and Hearing Center), Johnson wrote two wonderful books centered around GS, People in Quandaries and Your Most Enchanted Listener.

The following excerpt comes from his first lecture of the Fall 1956 semester, which was broadcast over the campus radio station and recorded.

[General Semantics is concerned with the role] … our use of words, designs — symbols of all kinds — tends to play in the development of our individual personalities, our institutions, and our human societies. So we shall be concerned in the course with the disorders of our symbolic processes, which is to say the language of maladjustment — the language which reflects maladjustment and which tends to produce maladjustment. We shall be even more concerned with the kinds of language which we are able to develop or cultivate which tend to be very effective, which tend to be conducive, to what we call “normal adjustment.”

… I do not mean by adjustment some kind of self-satisfaction, some sort of blind acceptance of things as they are, but something much, much more dynamic and helpful than that. I mean by adjustment, by healthful adjustment, something that we might call the “realization of our own individual potentials for development.” I don’t mean being like somebody else, like the average man, or like the mold, but being oneself as fully as possible.

We’re going to be concerned especially with the language we use for talking ourselves into trouble, and that which we use for talking ourselves out of trouble. We are going to be concerned with the language that is effective for the solving of problems and for the realization of potential selfdevelopment. We’re going to be especially concerned with language in its most effective forms for the purpose of solving problems. This means we will be especially interested in the language used by scientific research workers, and also by others — outstanding novelists, poets, any of the users of language who are very effective in the solving of human problems (Johnson, 1957).

Along with Wendell Johnson and S.I. Hayakawa, Irving J. Lee, professor of speech at Northwestern University, earned a place among the handful of most influential early proponents of General Semantics. The following 4:46 clip comes from a 1952 series of lectures on General Semantics called “Talking Sense” broadcast in Chicago as part of the “Of Men and Ideas” program.

Several excerpts from this series will be used througout the course. Note that some of Professor Lee’s terminology is a reflection of his time – e.g., “men” rather than “people” or “men and women” – but the content of his presentations remain relevant.

In The Art of Awareness, J. Samuel Bois describes a hypothetical situation to illustrate the scope of what General Semantics is concerned with. I’ve paraphrased it.

Imagine a scene in a hospital examining room. There’s a doctor, a patient, and the patient’s wife. A lab technician knocks on the door and enters, carrying a medical folder with the patient’s charts. He hands the folder to the doctor, nods to the patient and the wife, and leaves the room. The doctor silently looks through the pages of the chart. She takes a deep breath, gathers herself, and turns to the husband to say, “The tests confirm that you’ve got cancer.”

From a strictly semantic standpoint, or in terms of how the word cancer is defined in a dictionary, there is probably little ambiguity or lack of understanding among the three participants in this imaginary scene. They each share a common understanding that cancer refers to a medical diagnosis of cellular growths that may, or may not, be treated in certain ways, that may result in certain health outcomes for the patient. However, the common understanding of the definition of what the word cancer refers to is not at all the same as the emotional and physiological response of each individual person in the room upon hearing the utterance, “you’ve got cancer.”

According to Bois, the study and understanding of such individual in-the-moment reactions, or happenings-meanings, “is the field of General Semantics” (Bois, 1966, p. 32).

You can get an idea of the scope and domain of General Semantics from the titles of some of the prominent books in the field. (These are all listed in the Module 1 References.)

What is GS? | Alfred Korzybski | Consciousness of Abstracting | Language | In Their Words
Assignments, Discussions and Quizzes | References and Resources