Three weeks ago, I became the object of a discovery that resulted from a misunderstanding. (Sort of like America, but on a slightly smaller scale.) The consequences of this misunderstanding will play out over the course of 2011, but since it currently occupies a position of prominence in my prefrontal cortex, I thought I’d go ahead and lead off my 2010 Year-End Review with it.

Recall from my 2009 review that I had self-published an eBook titled Here’s Something About General Semantics . After initially trying to sell it via PayPal, I decided to offer it as a free pdf download. I was therefore quite surprised when, on December 10th, I received an email asking me to autograph two copies of the book. It seems that some unknown person had printed out a few pages from my eBook and left them in a major university library. The sender of the email had come across the pages quite by chance and mistakenly assumed they were photocopies of a “real book.” The email sender liked the excerpts well enough to place an order with a local bookseller for two copies of what was presumed to be a “real book,” then contacted me with the autograph request.

During the subsequent exchange of emails, I clarified that there wasn’t really a “book” to autograph. The email sender offered a humble assessment that the eBook was worthy of publication and, if I didn’t already have an agent, would be happy to contact a few on my behalf as the sender was … let’s say “familiar” with the publishing industry.

So for the past three weeks, I’ve had to reorient my thinking about what my next few months are going to look like. As it turns out, what “someone” is interested in is a novel idea (or idea for a novel) that I started ruminating about in 1999. When I moved to Santa Fe in early 2009, the idea and characters relocated as well. I haven’t actually written anything, but I’ve researched and developed the story enough to talk about it, as I mentioned last year. Now that “someone” has expressed an interest in the story, I really have no choice but to start writing.

Right after I clear out a backlog of To-Do’s, which includes this 17th in my series of year-end reviews. At the moment there’s no video version available, but maybe I’ll get to that later.

The most significant ongoing activity for me in 2010 was “back to school.” Last February, after prodding from my daughter, I determined I had exhausted all reasons for not getting a Masters degree. Searching online, I found the Educational Psychology program at the University of New Mexico (UNM) in Albuquerque, applied, interviewed, took the GRE (again, 35 years after the first time), and was accepted in April. I took two courses last summer, four in the fall, and planned to finish the 33-hour program this coming May with five courses in the spring. Finishing in May probably won’t happen due to my writing re-prioritization. But I’ve really enjoyed the stimulating educational experiences and making some new friends.

Other items of some significance:

I was saddened by the loss of two friends whom I’d neglected to keep up with over the years. Mike Parsons was a year ahead of me in high school. I shared one of my most formative teenage experiences with him, a car wreck when I was a sophomore. Mike was a great all-round athlete and won the 1971 Texas Class AA state championship in the mile run with a time of 4:15.7. He went to SMU on a track scholarship and was one of the reasons I had initially wanted to go SMU. He graduated and went on to law school. His wife J. Carol was also a high school friend. The last time I saw them was at a party in 1996.

Danny Sawyer was one of my roommates my last year at the Air Force Academy. He was from North Carolina and the first true basketball junkie I met. He majored in Civil Engineering and apparently loved it; on the bookcase over his desk, where the rest of us put pictures of family or girlfriends or inspiring mementos, “Dano” had a cinder block. The last time I saw him was at Pete Trump’s wedding in the summer of 1976.

For Christmas, my sister Lizann gave me a USB turntable for transferring my old (pre-1985) collection of almost 200 record albums to digital MP3 format. I’m about three-quarters of the way through the conversion process and it’s been wonderful to re-connect with sounds that were so important to me in the 60s and 70s. More than just reminders of what I was listening to, they’ve also resurrected reflections on what I was thinking about then.

It seems an appropriate way to end this particular year, which has involved a lot of looking back. Perhaps this year past will serve as prologue for spending the coming year writing a story that will involve looking back to 1942. I’ll be inspired by my daughter’s hopeful wish for the new year: 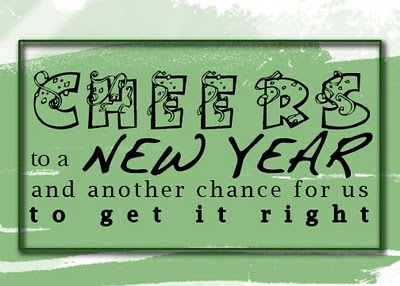 We’ll see if I can get the writing right enough to “make a noise.”
Steve

The Passages from “Passages for Uncertain Career Journeys”